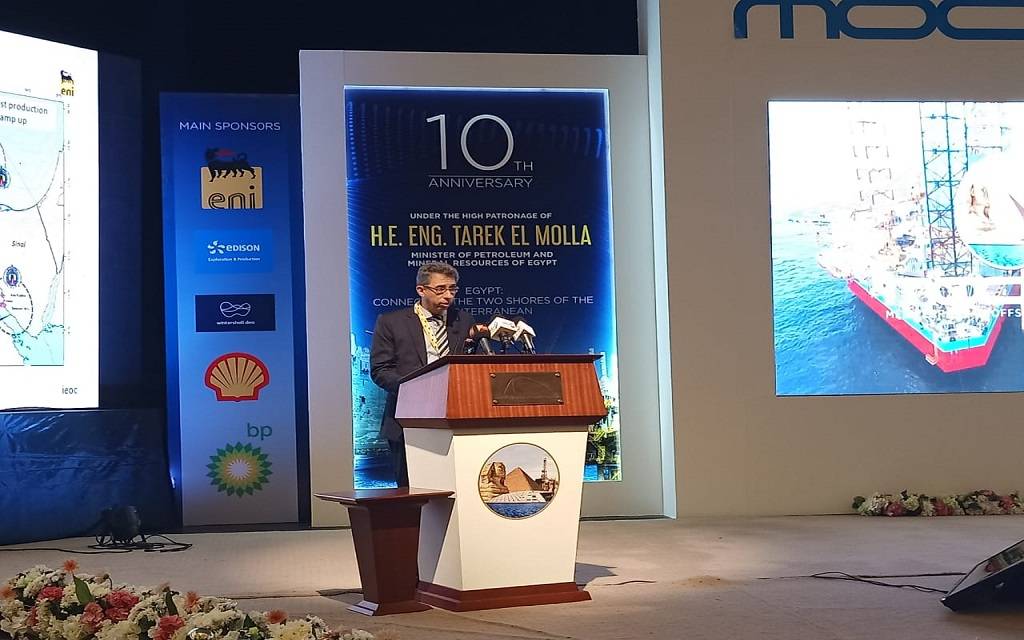 Production from the 13 wells at the giant Zohr natural gas field is expected to surpass 3 bcf/d by the end of October, up from 2.7 bcf/d in August, Eni IEOC JV boss Luca De Caro said on the sidelines of the Mediterranean Offshore Conference in Alexandria, the Oil Ministry said in a statement. Eni originally estimated that production would peak at 2.7 bcf/d, but the ministry said earlier this year that output would rise above 3 bcf/d in 2019.

More wells on the horizon: Eni plans to drill 11 exploration wells in the Nile Delta, Western Desert and the Gulf of Suez regions this year and nine other wells in the coming year, De Caro said. Eni has also been producing 1.2 bcf/d of natural gas from its Nooros gas field since the end of 2017 when the two phases of the project were completed. High profile representatives from BP, Wintershall DEA, Shell and Edison also attended the conference, which kicked off yesterday.