Zohr on schedule to produce late 2017 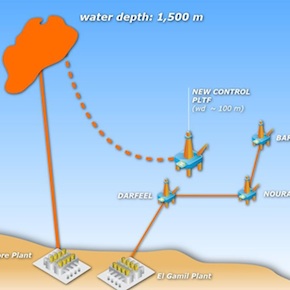 The new well confirmed the potential of the Zohr field at 30 trillion ft³ (850bn m³), said Eni, proving the presence of a carbonatic reservoir and gas accumulation also in the south-west of the Zohr mega-structure, with a 180-m continuous hydrocarbon column.

The well was also successfully tested opening 90 meters of the reservoir section to production. Data collected during the test confirmed the great deliverability of the Zohr reservoir, in line with the Zohr-2 well test, producing more than 50mn ft³/d, limited only by the constraints of the drilling ship production facilities.

In the production configuration, Zohr 5x is estimated by Eni as capable of delivering up to 250mn ft³/d.

The drilling campaign on Zohr will continue in 2016 with the drilling of the sixth well that will ensure the accelerated start up production rate of 1bn ft³/d.  Eni said it was making “steady progress of the project execution is confirming the schedule expected to reach the first gas by the end of 2017.” 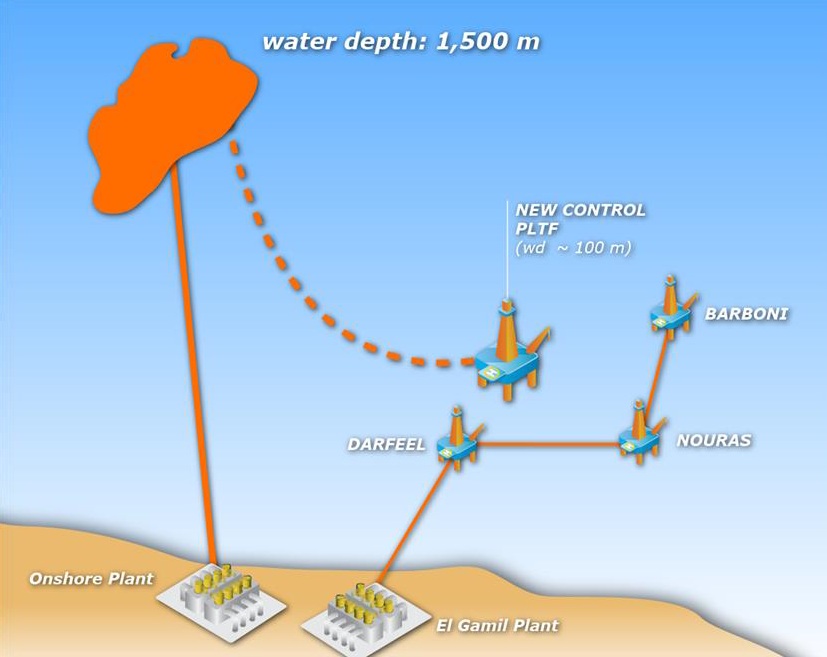 Eni, through its subsidiary IEOC, holds a 100% stake  in the Shorouk Block. Petrobel is operating the activities on behalf of the Petroshorouk company, an equal joint venture between IEOC and state-owned Egyptian Natural Gas Holding Company (Egas).

Separately, Eni said it has now paid GasTerra security in order to release Eni’s stake in its Dutch subsidiary. On July 20 as part of a long-term gas contract dispute with the Dutch seller, against whom it had lost an arbitration case, Eni said Gasterra had seized Eni’s participation in Eni International BV, for the amount of the payment requested (equal to €1.01bn). Eni did not agree with the arbitration court’s judgement and refused to pay.

“In accordance with an agreement between Eni and GasTerra on the basis of which Eni provided alternative security to GasTerra by means of a bank guarantee, GasTerra has now lifted the provisional seizures,” Eni said September 2.