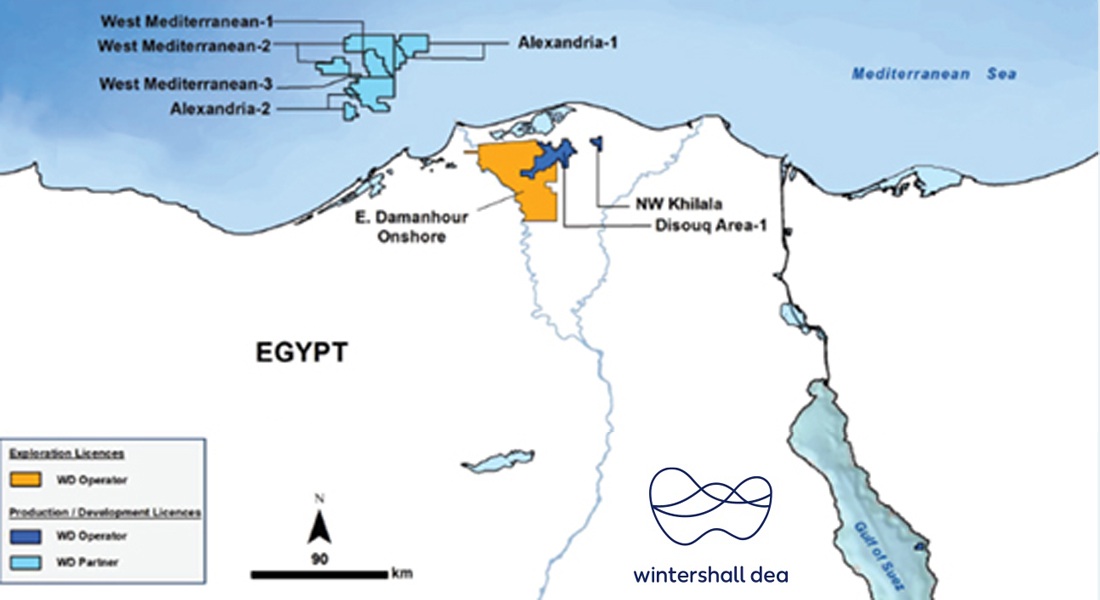 The Egyptian Minister of Petroleum and Mineral Resources, H.E. Eng. Tarek El Molla, has approved a deed of assignment agreement signed between Wintershall Dea, Cheiron and INA to jointly explore the East Damanhour onshore Exploration block in Egypt. The East Damanhour concession was originally signed between the Egyptian Natural Gas Company (EGAS), representing the Arabic Republic of Egypt; and Wintershall Dea, as contractor, on 10 February 2020. The Egypt-based company Cheiron will hold a 40 per cent working interest of the contractor’s share, while the Croatian INA acquires a 20 per cent working interest. Wintershall Dea will remain operator of the concession with a working interest of 40 per cent of the contractor’s share.

Hugo Dijkgraaf, Chief Technology Officer and Board Member of Wintershall Dea responsible for exploration says: “We are pleased to have Cheiron and INA on board for an exploration programme that will see up to seven wells drilled at East Damanhour over the next years. For Wintershall Dea, this is the latest development in our long and successful 45-year history in Egypt, and we look forward to getting started.”

The exploration licence for the East Damanhour block was awarded to Wintershall Dea by the Ministry of Petroleum on 10 February 2020. The block is located to the west of Wintershall Dea’s Disouq project in the onshore Nile Delta, where the company has produced gas since 2013.

“We know the area well, so we anticipate low geological risks. Furthermore, our existing infrastructure at Disouq means that we are well placed to quickly develop any commercial discoveries”, says Sameh Sabry, Senior Vice President and Managing Director of Wintershall Dea in Egypt.

The new partners for the exploration of the promising East Damanhour block will contribute financially and with technical expertise. In 2021 Wintershall Dea starts the exploration programme with the first three planned wells.

Wintershall Dea was formed from the merger of Wintershall Holding GmbH and DEA Deutsche Erdoel AG, in 2019. Today, the company employs around 2,500 people worldwide from over 60 nations.