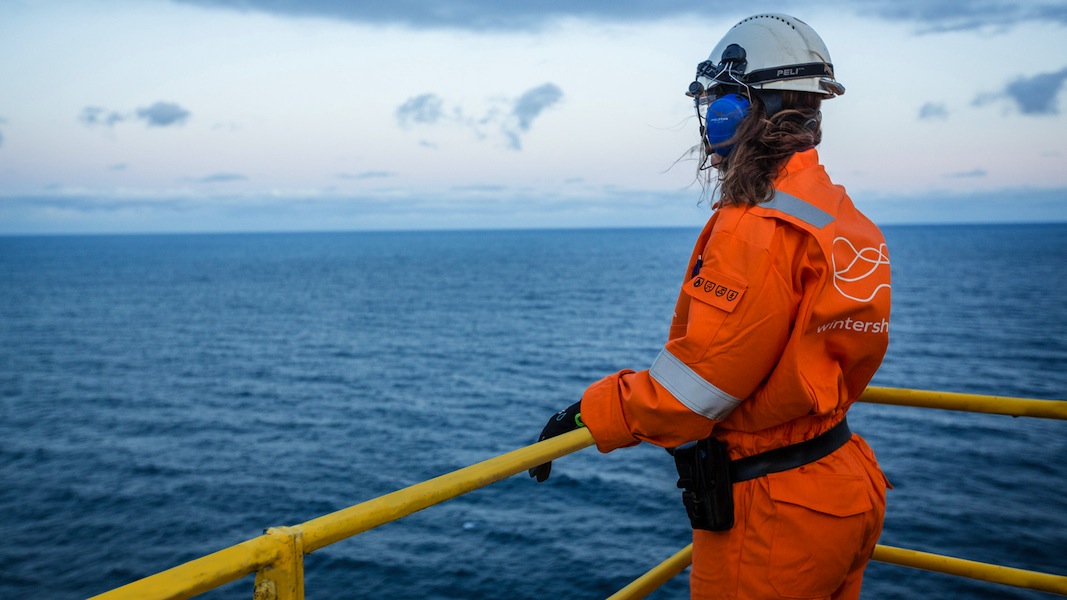 The world is facing a major challenge: A growing global population and its demand for prosperity requires more energy – but with significantly lower emissions. This challenge can be tackled by a mix of renewable and low-carbon energy. As Europe’s leading independent gas and oil company, Wintershall Dea feels a responsibility to contribute on this path. In addition to providing lower carbon natural gas Wintershall Dea has now set greenhouse gas reduction targets for its production activities (scope 1 + 2 emissions, operated and non-operated upstream activities at equity share basis). The company wants to achieve net zero operations by 2030. In 2019, the company’s operating activities generated around 2.5 million metric tons of CO2 equivalents worldwide.

“For E&P companies it can’t just be business as usual,” says Mario Mehren: “The future of energy is low-carbon.” As Europe’s leading independent gas and oil company, Wintershall Dea supports the European Union’s goal of achieving carbon neutrality by 2050.

“We’re realistic. The amounts of CO2 released in our activities are small compared with the CO2 emissions produced by the combustion of oil and gas. But reduce emissions that arise directly from our operations to net zero is a contribution that we can and want to make ourselves.” explains CEO Mario Mehren. All upstream activities will be net zero by 2030 already. This means that all emissions resulting from the production of natural gas and crude oil (Scope 1), as well as the emissions resulting from energy consumption required for production (Scope 2), will be reduced as much as economically and technically possible. Emissions that cannot be reduced further shall be offset through investments in nature-based solutions. “And this applies both to our own operated production facilities and proportionately to the production projects not operated by us in joint ventures worldwide,” says Mehren.

Wintershall Dea aims to achieve net zero operations by 2030 with a four-pillar approach by increasingly focusing on natural gas and crude oil reservoirs that can be produced relatively CO2-efficiently. At the same time, strict emissions management (e.g. increasing energy efficiency) shall be pursued further. With these two measures alone, Wintershall Dea aims to reduce its own CO2 emissions by more than 50 per cent. This will be complemented by investments in nature-based mitigation solutions (like forest protection and reforestation) and the development and use of new mitigation technologies. These include participation in carbon capture storage projects (CCS) in the North Sea and investments in hydrogen projects. During the next ten years, the company intends to invest around €400 million in reducing and offsetting greenhouse gas emissions.

Natural gas – but also oil – will continue to play important roles as energy sources and raw materials for chemical production. Natural gas makes the energy transition possible: It is abundant, affordable, lower-carbon and flexible in its use, and it produces significantly fewer emissions than coal in generating electricity and heat. At the same time, it can be used to produce hydrogen in the coming years and decades to come. Oil will also play its role. However, it should not be burned as a fuel, but used as a raw material for many products such as medicines, new technologies and everyday products.

“We will successfully adapt to the energy transition. Because change has always been part of our corporate DNA. From potash and salt, we moved into oil. Today, our focus is clearly on natural gas. There are now exciting new prospects with solutions such as CCS and hydrogen,” the Wintershall Dea CEO explains: “The search for solutions drives us, that’s precisely why we’re engineers and pioneers. This is exactly how we perceive ourselves: the minds of engineers and pioneers at heart.”

In addition to targeting net zero operations by 2030, Wintershall Dea will reduce its corporate methane intensity to 0.1% by 2025. As founding member of the Methane Guiding Principles Wintershall Dea will also join the United Nations Environment Programme (UNEP) and Climate and Clean Air Coalition (CCAC) led Oil and Gas Methane Partnership 2.0 (OGMP 2.0) methane reporting framework. This is an important step towards increased transparency for methane emissions along the entire gas value chain. The company is convinced that transparency is the basis for creating trust in its key product, gas, as a low-emission energy source and enabler for the energy transition. Beyond 2030, the intention is to significantly reduce so-called Scope 3 emissions as well, which are mainly generated through the combustion of gas and oil produced by Wintershall Dea.

“We have identified the technological areas where our assets and competencies can help in contributing to emission reductions. These include in particular CCS and hydrogen. For example, besides a methane pyrolysis research partnership with the Karlsruhe Institute of Technology, we have access to several depleted fields in the Southern North Sea, and to significant pipeline infrastructure in Europe that can be used for CCS and hydrogen transportation respectively”, Mehren says.

About Wintershall Dea
Wintershall Dea is Europe’s leading independent natural gas and oil company with more than 120 years of experience as an operator and project partner along the entire E&P value chain. The company with German roots and headquarters in Kassel and Hamburg explores for and produces gas and oil in 13 countries worldwide in an efficient and responsible manner. With activities in Europe, Russia, Latin America and the MENA region (Middle East & North Africa), Wintershall Dea has a global upstream portfolio and, with its participation in natural gas transport, is also active in the midstream business.