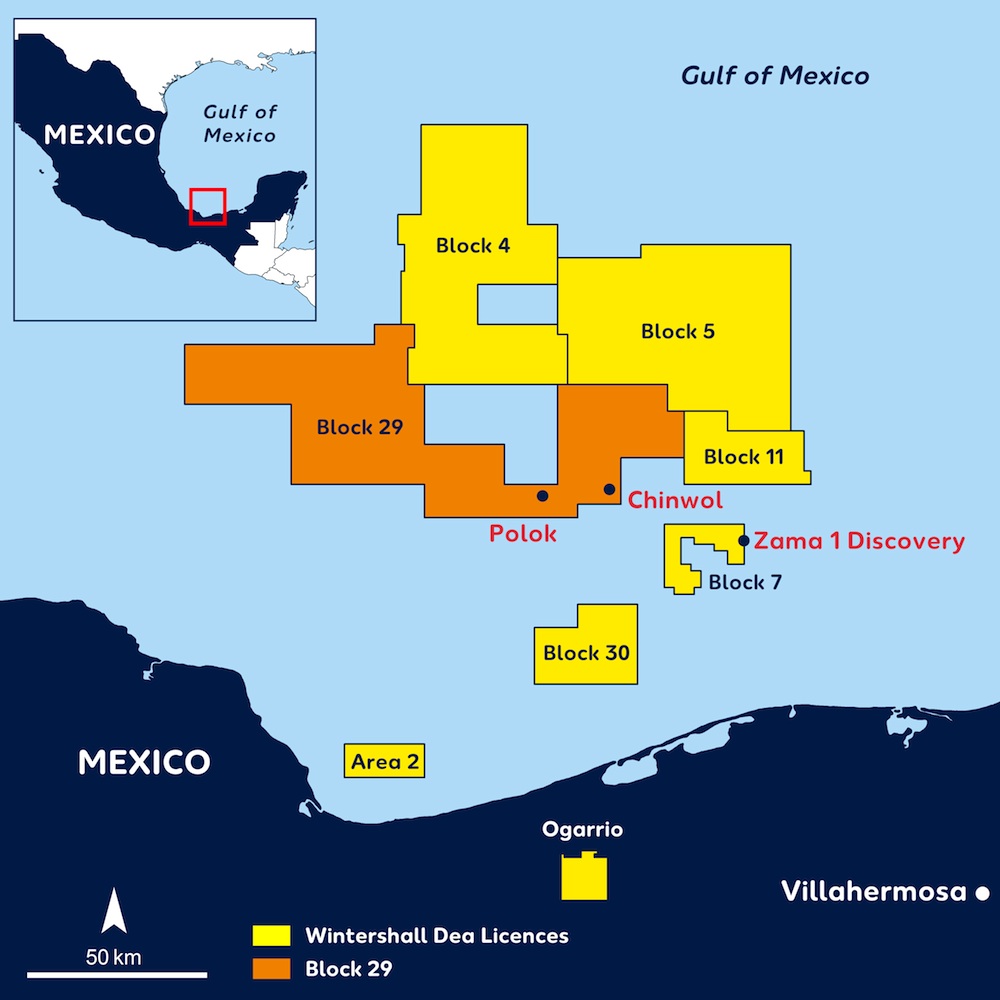 Wintershall Dea and its license partners have made significant oil discoveries on the Polok and the Chinwol prospects in Block 29 offshore Mexico. Polok is a play opening discovery within the Early Miocene reservoir of the Salina Basin (part of the Sureste Basin), whereas Chinwol encountered oil in formations of the Pliocene.

Polok and Chinwol are the first announced discoveries from a block, awarded in Mexico’s deep water round 2.4. in 2018.

Juan Manuel Delgado, Managing Director for Wintershall Dea’s Mexican business, pointed out: “This is a great success. We have had a strong belief that discoveries like these could be made here. The Polok and Chinwol discoveries are a strong evidence of the oil potential of the Salina Basin. Opening a new play there, we are confident to further unlocking additional resources in Block 29 and the wider Wintershall Dea license portfolio. We are well positioned and looking forward contributing to the development of Mexico’s oil and gas sector.”

The Polok-1 exploration well was drilled to a total depth of 2,620 meters and encountered more than 200 meters of net oil pay from two zones in the lower Miocene.

The Chinwol-1 exploration well was drilled to a total depth of 1,850 meters and encountered 150 meters of net oil pay from three zones in the lower Pliocene.

The discoveries in Mexico’s Block 29 are 88 kilometers from the Mexican coastline of Tabasco and approximately 50 kilometers west-northwest of the world class Zama discovery, where Wintershall Dea holds a significant stake of 40%. The wells were drilled in water depths of 500 to 600 meters. The discoveries are just 12 kilometers apart from each other.

The reservoirs show excellent petrophysical properties. An intensive data collection has been carried out in both wells, including a total of 108 meters of core. The license partnership will work on potential appraisal measures and development options for the Polok and Chinwol discoveries, taking into account current market conditions.

Wintershall Dea holds shares in ten exploration blocks in the Sureste and Tampico Misantla Basins, of which three as operator.