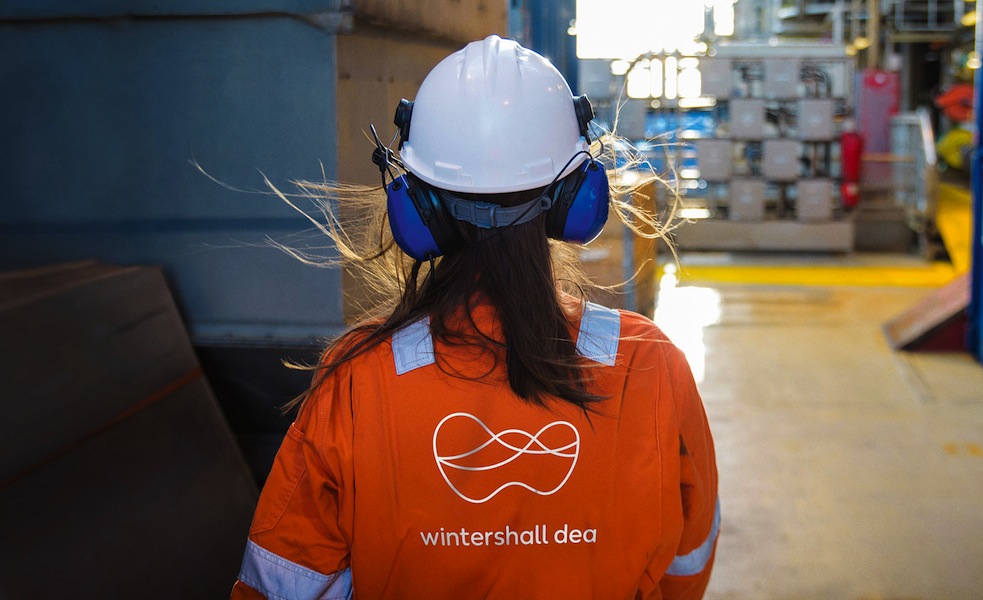 Wintershall Holding GmbH (Wintershall) and DEA Deutsche Erdoel AG (DEA) have completed their merger. Wintershall Dea is now the leading independent gas and oil company in Europe. “We are a European champion and are making an important contribution to Europe’s energy security,” explains Mario Mehren, Chairman of the Board of Executive Directors and Chief Executive Officer (CEO) of Wintershall Dea. Following the approvals granted by all relevant authorities, shareholders BASF and LetterOne successfully completed the merger on May 1, 2019. The merger was agreed in September 2018.

In 2018, pro-forma hydrocarbon production of Wintershall and DEA together was 215 million barrels of oil equivalent (BOE), equivalent to around 590,000 BOE per day. At the end of 2018, proven reserves on a pro-forma basis stood at 2.4 billion BOE, which leads to a reserve to production ratio of 11 years. As a result of the merger, Wintershall Dea has a regionally balanced footprint with superior growth opportunities in its core regions. Based on existing exploration and production projects, the company is on track to reach daily production of 750,000 to 800,000 BOE between 2021 and 2023. This is equivalent to an annual production growth rate of 6% to 8%. Growth is expected to come from both the existing portfolio and new production regions.

Growing profitably together and exploiting synergies

Wintershall and DEA have worked closely together for decades, including at Mittelplate, Germany’s largest oil field. According to Mehren, the newly created company is the ideal size to meet the challenges of the market: “We are large enough to be a relevant partner for the state-owned oil and gas companies, and at the same time independent and flexible enough for complex tasks where we apply our engineering skills.”

Wintershall Dea expects to realise synergies of at least €200 million per year as of the third year following the closing of the transaction, in particular from operating and capital expenditure savings. According to current plans, around 1,000 of the total 4,200 full-time positions are expected to be reduced worldwide. The social partners are currently working on socially compatible solutions regarding the necessary personnel adjustments.

Wintershall Dea produces gas and oil in four core regions: Europe, Russia, Latin America and the MENA region (Middle East & North Africa). “As an energy company, we know that we are merely stewards of the country’s natural resources. We recognise our responsibility, and work with all stakeholders to ensure that our presence improves people’s lives. In the countries where we are active, we are well positioned and often even a leader,” says Maria Moraeus Hanssen, Deputy CEO and Chief Operating Officer of Wintershall Dea. This applies, for example, to domestic production in Germany, but also to the Norwegian continental shelf and production in Russia. “Our portfolio is well balanced both regionally and operationally and 70 percent of our production is gas. And that is a good thing for Europe with a growing demand for natural gas. Europe does not need less, but more gas, in order to achieve its own climate goals,” says Moraeus Hanssen.

“Our roots are in Germany, our home is Europe and our work is global,” summarises CEO Mario Mehren. The upstream activities of the company are supplemented by investments in natural gas infrastructure and midstream services. Together with its partners, Wintershall Dea operates a natural gas pipeline network in Germany of approximately 2,400 kilometres. The company is also a shareholder of Nord Stream AG and provides financing to Nord Stream 2 AG.

“One of the greatest challenges of our time is to protect the climate, while meeting the growing global demand for energy,” explains Mario Mehren. “We want to make a contribution to both. We want to produce gas and oil economically and, at the same time, to the highest environmental and safety standards. And it’s just as important that these resources are produced and consumed in the most energy- and climate-efficient way as possible. Greater digitalisation will help us do this, as it enables us to deliver enhanced HSEQ performance, improved efficiency, and new ways of working. It will be a matter of strategic importance for Wintershall Dea.”

Mehren emphasises that Wintershall and DEA fit together not only in terms of their portfolio, but also in terms of their values and their team spirit. The new company is based on these shared values. “We are a reliable partner,” explains Mehren. “We are reliable in our dealings, in our expertise and in our performance.”

“Exactly 50 years ago, in 1969, Wintershall became part of the BASF Group,” says Mehren. “This created the necessary leeway for Wintershall to significantly expand its production abroad. It was also an important step for DEA to gain additional financial strength through LetterOne’s commitment in 2015. Now is the right time for Wintershall and DEA to join forces so that the new company has the scale and clout to compete in today’s environment.” Following closing of the merger, the company will have no shareholder loans outstanding with BASF or LetterOne. Wintershall Dea targets an investment grade credit rating.

The integration of Wintershall and DEA is expected to be completed in approximately one year. BASF and LetterOne expect to offer shares in Wintershall Dea through an Initial Public Offering (IPO) in the second half of 2020, subject to market conditions.

Wintershall Dea stands for more than 120 years of experience as an operator and project partner along the entire E&P value chain. The company employs around 4,000 people worldwide from over 60 nations. The company plans to increase its average daily production from around 590,000 barrels of oil equivalent to a range of 750,000 to 800,000 barrels in the period between 2021 and 2023. In the medium term, an initial public offering of Wintershall Dea is envisaged.