Voltalia: Renewables could be the next big winner in Post-Covid Egypt 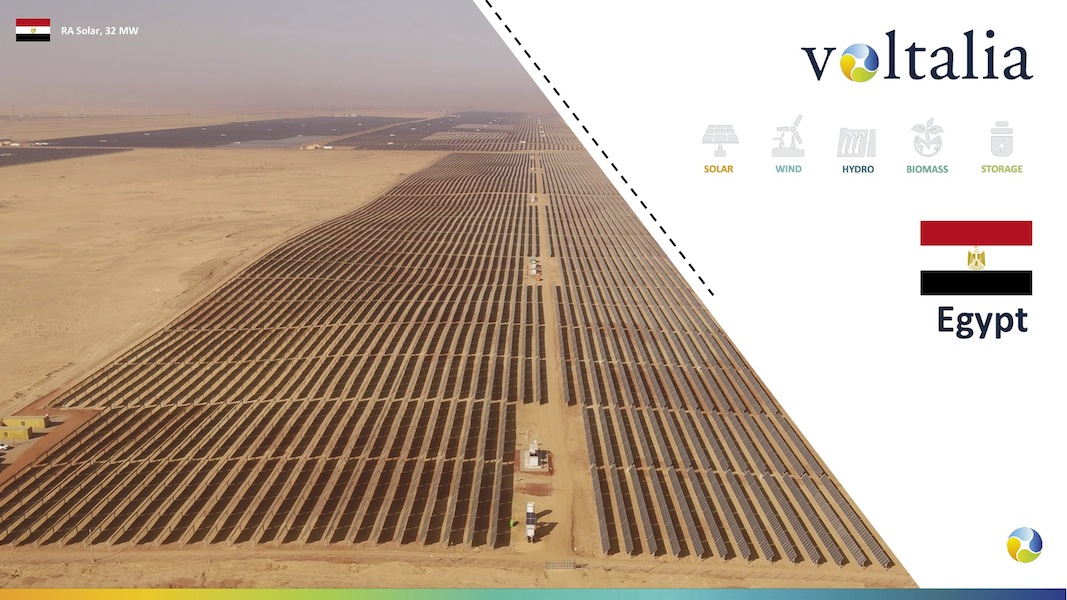 OPINION: In recent months there have been important developments that mark a sea-change in the potential for renewables in Egypt. If the Government can address the final remaining challenges, Egypt could be on the path to become a regional renewable leader by 2035. * by Karim El Azzawy, Country Manager, Voltalia Egypt and Craig Windram, Head Europe & Africa, Voltalia S.A.

In recent months there have been three important announcements that signal a sea change in the Egyptian Government’s approach to renewables over the medium and long term.

First, the Government announced that electricity prices for medium-, high-, and ultra-high-voltage industrial users would be reduced by 10 piastres/kWh from the original FY2019/20 tariff, starting 2020-2021; effectively, an effort to support the sector in the face of the coronavirus (COVID-19) pandemic and associated economic downturn. The Government also made clear their intention to hold tariffs for such industrial firms steady for the next five year, provided that the state’s general budget bears the cost of this temporary subsidy worth of EGP 22 billion.

Second, the Government announced new residential power tariffs that will take effect from July and which will see users paying between 17% and 30% more across nearly all consumption brackets. At the same time the existing subsidies will be phased out by 2024/25, costing an additional EGP 26 billion.

And third, the Ministry of Electricity and Renewable Energy announced that it is considering postponing the implementation of new, coal -fired power plants, which total 9,250 MW. This follows the decision to indefinitely postpone the construction of the 700 MW Hamrawein coal-fired power plant and the withdrawal of the USD 4 billion contract with Al Nowais for the 2.65 GW clean coal plant in Oyoun Mousa. In its place, Al Nowais recently announced two new renewable projects worth $700 million under a BOO system which includes a 200 MW Solar PV plant in Kom Ombo and a 500 MW wind farm near Ras Gharib on the Red Sea.

The above actions mark an important departure from previous policies which sought to support residential power prices through higher industrial power prices and promote fossil-fuel power plants. It also presages an important policy debate which must take place in Egypt as renewables enter the market and provide industrial customers with the opportunity to switch to lower cost and more stable power supplied from new solar power plants.

That said, there remain significant obstacles to be overcome if renewables are to meet their full potential in Egypt.

Doubt remains as to whether Egypt will be able to meet its 20% renewables target in 2022 given the current overcapacity in the grid. Egypt currently has around 25GW in excess installed capacity over and above peak load and this is a strong inhibition to further renewable development. Much will depend upon whether economic growth is restored to pre-Covid levels, whether Egypt’s 14 new satellite cities continue to develop and whether the country can meet its ambitions to become an energy exporter.

The Egyptian Electric Utility and Consumer Protection Regulatory Agency (EgyptERA) also issued a recent decree which will have the effect of significantly constraining the development of the country’s net-metering mechanism. The new decree will limit the maximum capacity of any plant to 20 MW and of any single customer to 25 MW, limit the total installed capacity of all such plant to just 1.5% of the maximum load of the relevant distribution company, and cap the aggregate capacity of all plants operating under the scheme to no more than 300 MW. All of that is a significant brake on the development of solar for the commercial and industrial sector.

All of those challenges notwithstanding, renewables will be the fastest growing segment of the power sector through 2028 and beyond. Expectations are high that renewables will more than quadruple over the next 15 years, reaching 26 GW by 2035. Which would make Egypt a regional leader in renewables.

Founded in 2005, Voltalia is an international company in the renewable energy sector, listed on the regulated market of Euronext Paris since July 2014.

As an integrated industrial company, Voltalia developed strong experience throughout the value chain of a renewable project since the development and financing of projects, EPC and the operation and maintenance.

The Group is active in 20 countries, providing services to its customers worldwide.

As of December 31, 2019, Voltalia had an operating and under construction capacity of more than 1.2 GW and a portfolio of projects under development representing a total capacity of 7.8 GW.