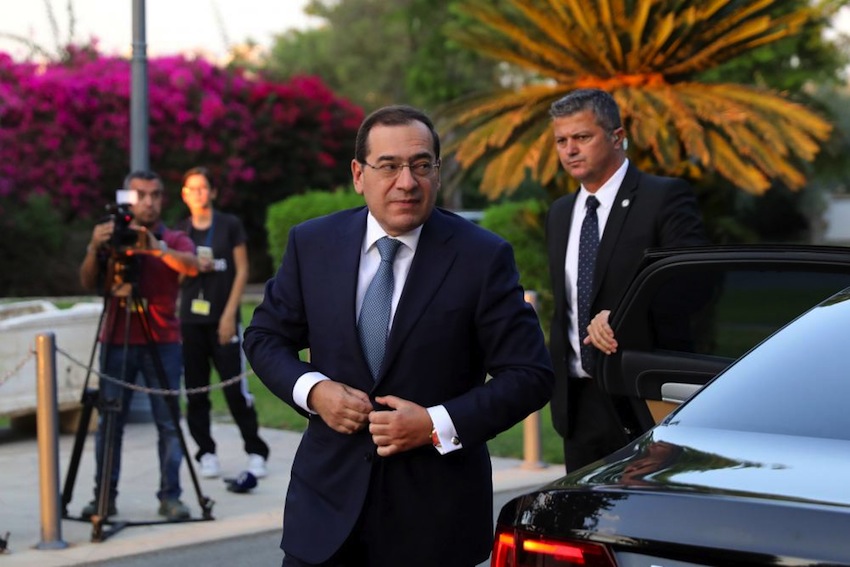 Egypt has emerged as an attractive destination for foreign energy firms following a string of major discoveries in recent years including the giant Zohr offshore field, which holds an estimated 30 trillion cubic feet of gas.

Molla said Egypt wanted to become a regional trading gas hub now it had achieved its goal of self-sufficiency, but would focus on meeting its existing commitments — including a contract to supply Jordan — once exports are resumed.

While declining to name potential bidders, Molla said there was “an increase in appetite from different American companies and we will see this in practical ways when the closing of the bidding rounds and submission of offers.”

“This will be the proof that they’re interested,” he said.

Molla, who met U.S. Assistant Secretary of State for Energy Resources Francis Fannon in Cairo last week, said bidding for exploration and exploitation of gas and oil in offshore concession blocks in the Mediterranean under state-run importer EGAS was due to close on Nov. 29.

A second bidding round for concession areas in the Red Sea is scheduled to open before the end of the year, he added.

Officials and industry sources said last year that Exxon Mobil was considering a foray into Egyptian offshore oil and gas, seeking to replicate rivals’ success in the country and boost its reserves.

Molla highlighted the existing operations of U.S. companies including Apache, which is currently engaged in onshore exploration and production.

“We’d like to have and attract more companies in the oil and gas sector for the offshore, and I think that with the opening of … the new frontier area like the Red Sea and what we are talking about now in the bid rounds of EGAS and (state-controlled Egyptian General Petroleum Corp) EGPC, this is all really attracting a lot of attention to American companies,” he said.

Molla has said previously that Egypt aimed to attract about $10 billion in foreign investment in the oil and gas sector in the fiscal year that began in July 2018.

The minister said that while Egypt was focusing on using its infrastructure to become a regional gas trading hub, importing gas from countries including Cyprus and Israel, Cairo would honor a contract with Jordan that had been delayed by domestic needs.

“But now, as we have reached the self-sufficiency two months ago, when we resume exports priority will be for those existing contracts,” he said.

Egypt has signed a deal with Cyprus for the construction of a pipeline that will channel gas from the island’s Aphrodite field to facilities in Egypt.

Molla said there was no specific date for work to start on the pipeline but cited the Cypriot side as saying the pipeline could be up and running within four years.

An Egyptian company has signed a $15 billion deal to import gas from Israel for processing in Egypt.

“So we will import and export at the same time, so we’re talking about a trading hub,” Molla said.