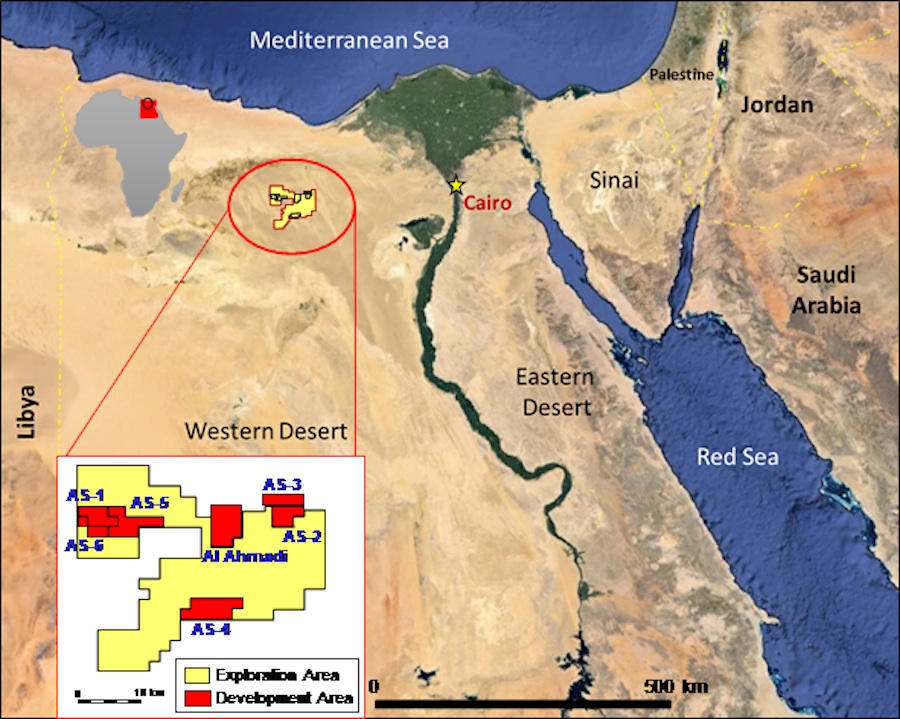 United Oil & Gas PLC, the growing oil and gas company with a portfolio of production, development, exploration and appraisal assets is pleased to provide the following update on the drilling of the ASD-1X exploration well in the Abu Sennan concession, onshore Egypt. United holds a 22% working interest in the Licence, which is operated by Kuwait Energy Egypt.

The ASD-1X exploration well, located 12km to the north-east of the producing Al Jahraa Field, safely reached Total Depth (TD) of 3,750m MD on 30 March, several days ahead of schedule and under-budget.

Preliminary results suggest the well encountered a combined net pay total of at least 22m across a number of reservoir intervals, including the primary reservoir targets of the AR-C and AR-E, as well as the Lower Bahariya and Kharita Formations. Completion of the well and well-testing of these reservoirs is planned in the coming weeks, and if successful, will lead to an application to EGPC being made for a development lease over this new discovery.

The well was drilled by the EDC-50 rig, which, after completion, will move to the Al Jahraa Field within the Abu Sennan concession to commence the drilling of the AJ-8 development well. This well will target the Abu Roash and Bahariya reservoirs in an undrained portion of the Al Jahraa field.

“Today’s announcement is another positive result from Abu Sennan, which, initial interpretations suggest, is in line with our pre-drill estimates. With the well testing set to begin shortly, we look forward to understanding the full potential of the ASD-1X well.

“A number of additional targets and leads have been identified within the Abu Sennan concession and the results of ASD-1X and other recent wells will better inform our understanding of the acreage.   We will continue to work with our JV partners to prioritise these opportunities which can ultimately be brought into production in short time frames.

“With the EDC-50 rig moving to drill the AJ-8 development well after the completion of ASD-1X, we look forward to providing further updates on the continuing 2021 Abu Sennan drilling campaign.”