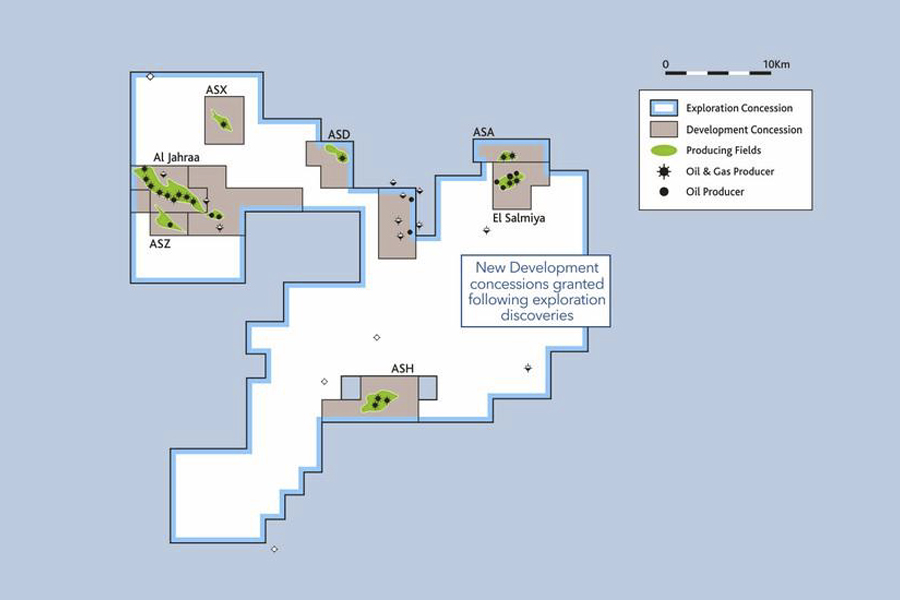 AIM-listed United Oil & Gas has announced the commencement of drilling at the ASH-4 development well location and an update on the Al Jahraa-14 (‘AJ-14’) development well in the Abu Sennan licence, onshore Egypt. United holds a 22% working interest in the licence, which is operated by Kuwait Energy Egypt.

The ASH-4 development well, the fourth well in the 2022 drilling programme at Abu Sennan, has commenced drilling. The well will be drilled as a vertical hole targeting the prolific AEB reservoir. It is expected to take 55 days to drill and complete, and is fully funded from operational cashflow. The well is targeting 2.2 mmbbls gross recoverable oil in what has been to date a highly productive area of the licence. On completion of drilling, ASH-4 is expected to be rapidly brought into production.

The completion of seismic reprocessing earlier in the year has significantly improved the quality of the subsurface imaging over the ASH field resulting in increased in-place volumes on the ASH field (from 17 to 22 mmboe gross according to operator estimates) and optimising the current well location. In addition, it has helped identify a further six additional potential development well locations, which will be considered for future drilling programmes.

The AJ-14 well successfully encountered seven metres of net pay in the primary ARC target in line with the higher end of the pre-drill estimates. Whilst the well recorded indications of hydrocarbon-bearing reservoir in the deeper Abu Roash G (‘ARG’) reservoir, due to technical difficulties whilst running the logging tools, a full logging suite was not acquired over this secondary target. Further issues with the borehole were encountered in the deeper section of the well, and the decision was made to complete the well solely in the ARC.

Following the installation of a down-hole pump, oil has been recovered to the surface from the well however consistent flow rates have yet to be established, due to near-borehole formation damage. Well stimulation has previously delivered successful results on a number of Abu Sennan wells with a stimulation programme expected to commence on AJ-14 shortly, subject to final partner approval. As the AJ-14 well encountered good quality reservoir facies in the ARC in the heart of the Al Jahraa field, once the borehole issues have been addressed, commercial flow-rates in line with the pre-drill expectations of c. 300bopd are expected to be established.

‘Our active and fully funded drilling programme in Egypt is continuing with our next development well ASH-4 being spud whilst operations continue on AJ-14 to initiate commercial flow rate there. The ASH-4 development well has the potential to be an important well for United from both a production and reserves perspective as it is targeting one of the most prolific reservoirs in Abu Sennan.  Working with an experienced Operator on a licence that is well understood, we look forward to drilling the ASH-4 development well before completing the 2022 programme with drilling of the ASF-1X exploration well.

‘On AJ-14, we are confident that the stimulation programme, which has delivered positive outcomes on other wells on the field, will result in consistent flow rates in the region of 300 bopd gross and the well being quickly brought into production to generate revenue and additional cashflow.’