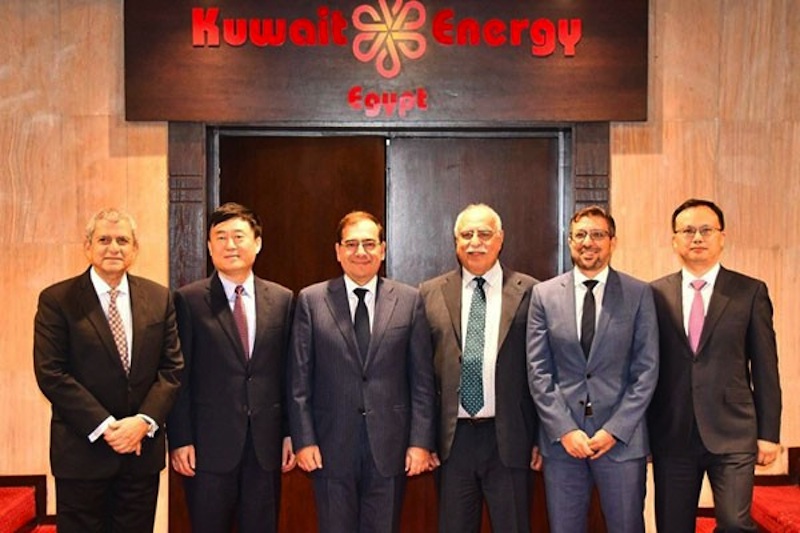 The company expressed desire to take part in international tenders in Egypt in view of promising investments in oil exploration in the country.

Molla made the remarks during a meeting on Wednesday with a delegation from Kuwait Energy Company under Board Chairman Mansour Bukhamseen and a delegation from China’s United Energy Group under CEO Zhu Junfeng.

The Chinese company has purchased the Kuwaiti firm at $900 million, the ministry noted in a statement on Wednesday.

The stories of success of foreign oil companies in Egypt over the past years encouraged international oil companies to invest in this score.

He underlined his country’s support for Egypt, noting that his company seeks to realize more achievements in its concession zones in Egypt.

He noted that Kuwait Energy currently produces 30,000 oil barrels per day in its concession zones in the Egyptian Western Desert.

Meanwhile, Zhu said the development of the Egyptian petroleum sector encouraged international companies to inject investments into it.

He stressed the company’s desire to invest in oil and natural gas domains, adding that the company wants to repeat its success story in Pakistan.

He added that the company will effectively participate in the Egypt Petroleum Show (EGYPS 2019).