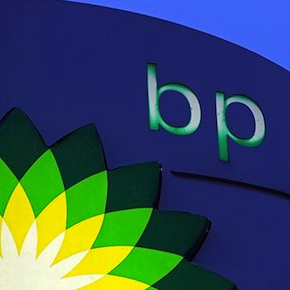 British oil company BP Global has plans to invest some $13 billion in Egypt before 2020, the UK embassy in Cairo said in a statement on Monday. According to the embassy, Britain has been providing investment flows worth $30.5 billion since 2011, with three major British companies – Vodafone, Unilever and GlaxoSmithKline – investing EGP 3.785 billion in Egypt last month.

The embassy has also revealed “some details, given for the first time” at the International Monetary Fund (IMF) board meeting, which included the UK executive director on the board, to decide on the Egyptian financial request on 11 November.

“The UK played a vital role in the IMF decision as a founder and important contributor to the fund,” the statement read, adding that Egypt’s reform programme will “revive Egypt’s growth prospects by restoring stability and confidence in the economy, attracting investment and creating jobs.”

According to the statement, the UK welcomes clauses related to a commitment of an additional 1 percent of GDP towards protecting the poorest citizens from rising inflation, new measures that will increase female labour force participation, and a plan to clear outstanding arrears to international oil companies.

Egypt embarked on an economic reform programme in July 2014 aimed at trimming the budget deficit and increasing the country’s economic growth rate through introducing new taxes such as the value-added tax and cutting energy subsidies.

Egypt’s debts to international oil and gas companies rose to $3.58 billion by the end of September, rising from $3.2 billion six months ago, a statement by the oil ministry said in October.

The ministry said that it has paid during 2015/16 a total of $5.4 billion, with $100 million as accumulative arrears owed to the foreign companies.

On Friday, the IMF board approved a $12 billion loan to Egypt over three years to help the country recover from its deep economic crisis and the dollar shortage suffered since the 2011.

The governor of the Central Bank of Egypt Tarek Amer told Ahram Online on Friday that the bank received an initial batch of $2.75 billion immediately following the board’s approval.

“We congratulate the government on setting out such a clear vision for economic reform and taking the first steps on this difficult but necessary road. The UK experience is that while challenging for citizens, seeing these reforms through to completion will lead to a more solid economy in the future,” the statement quoted the UK’s executive director, during the IMF meeting, as saying.