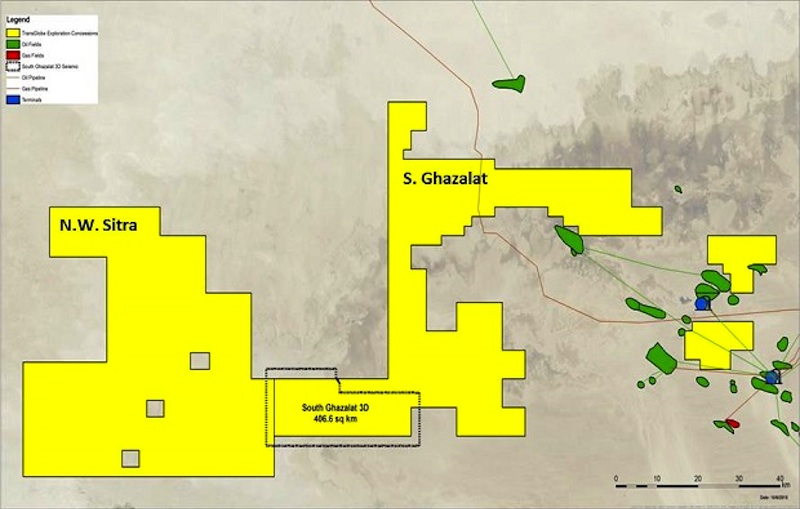 TransGlobe Energy has announced an update on its operations in Egypt.

The Company completed its third lifting of 2018 of approx. 501,000 barrels of entitlement crude oil on July 19th for proceeds of approximately $32 million, received in August. The Company expects the final lifting of the year to occur in Q4 2018.

In North West Sitra (‘NWS’) the Company drilled the NWS 12X exploration well to a total depth of 13,300 feet targeting a stacked Cretaceous/Jurassic prospect. The well did not encounter hydrocarbons in the targeted zones and will be abandoned. With the drilling of NWS 12X, the first phase work commitments have been met. Prior to January 7, 2019, the Company can elect to enter the second and final exploration phase (3.0 years after the extension of phase one). The second exploration phase has a two well ($6.0 million) work commitment and a mandatory relinquishment of 30% of the original concession area not held by development leases. A final decision on whether the Company will elect to relinquish the concession or enter the second exploration phase of the concession will be made following a full evaluation of the data obtained from the wells.

In South Ghazalat (‘SGZ’) the Company is preparing the location for SGZ 6X, the second exploration well in the concession. SGZ 6X is located on the eastern portion of the concession offsetting the Raml oil field in the Abu Gharadig basin. The SGZ 6X prospect is targeting stacked Cretaceous targets similar to the Raml and SW Raml fields. Site construction is underway and it is expected that SGZ 6X will be drilled in October/November.

Following M-South, the rig was moved to NW Gharib 38A-7 to drill a potential water injector in the NWG 38A pool. The NWG 38A-7 well is currently drilling as a potential water injector targeting the 38A Red Bed pool in a structurally lower position 0.4 kms south of the NWG 38A Injector well (NWG 38A-I, drilled Q2). The NWG 38A-I well encountered oil with an internally estimated 34 feet of net Red Bed oil pay and was placed on production in September at an initial rate of ~110 Bopd (following a fracture stimulation). Should the NWG 38A-7 well also encounter additional oil column, the Company has planned an additional well further south at NWG 38A-8 as a contingency for reservoir pressure support.