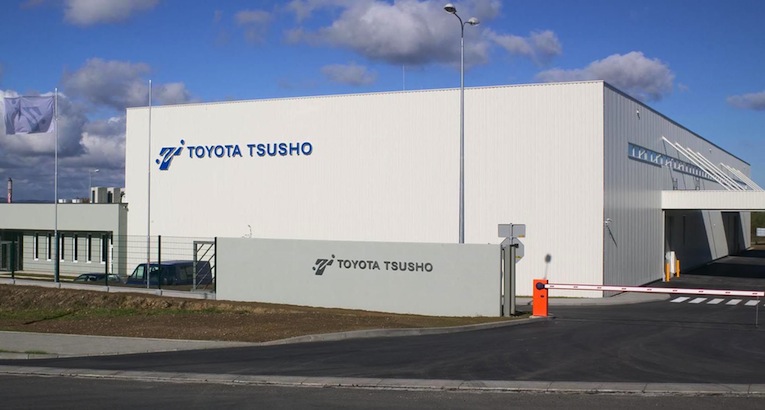 Minister of Petroleum and Mineral Resources Tarek El-Molla revealed in a press statement on Tuesday that he discussed with a delegation from Japan’s Toyota Tsusho Corporation the possibility of the company’s participation in a hydrocarbon cracking for diesel fuel project at an Assuit Oil Refining Company plant, which is to be implemented with investments worth $1.9bn.

The meeting also reviewed the situation of the integrated project for refining and petrochemicals, which is currently in the phase of study for implementation. Also, it reviewed the economic indicators and feedstock to reach the final feasibility study for the project.

El-Molla discussed with the delegation the investment opportunities available to increase the company’s investments in Egypt in the fields of refining and petrochemicals.

On the other hand, they discussed the executive status of an agreement which was signed in mid-April between the Egyptian Natural Gas Holding Co (EGAS), Ganoub El Wadi Petroleum Holding Company, and the Japanese company Toyota Tsusho to buy and own a new offshore drilling device with investments of $600m.

The drilling project will be implemented in three stages, starting with the initial study stage followed by the development stage, in which preliminary and detailed studies of the economic feasibility of the project will be prepared, according to the agreement. The implementation will then begin as the third stage.

In another context, the Egyptian Electricity Transmission Company last month signed an agreement with a consortium of companies that include Toyota Tsusho, ENGIE, and Orascom to establish a wind farm in Jebel al-Zayt area in the Gulf of Suez with a capacity of 250 MW and investments of about $400m.

The Egyptian Company for Electricity Transmission notified the New and Renewable Energy Authority that it has begun the procedures of withdrawing land allocated to investors for the implementation of wind power projects in the Gulf of Suez next week.

Japan’s Toyota Tsusho Corporation discussed with Egypt’s Petroleum Ministry on Tuesday the available investment opportunities to increase the company’s investments in the country in the refining and petrochemicals fields, a statement from the petroleum ministry said.

This came during a meeting between Toyota’s general manager for energy projects and Petroleum Minister Tarek el-Molla, along with other ministry’s officials.

During the meeting, both sides reviewed a petrochemical and refining project that is currently being studied, where both sides agreed to conduct more studies on the project.

The meeting also discussed the possibility of Toyota’s participation in the Hydrogen Cracking of Mazut Complex project at the Assuit refinery, which is set to be executed at investments of $1.9 million.

The agreement stipulates that the project will be implemented in three stages starting with the preliminary study stage followed by the project development stage.

Egypt’s petroleum ministry has put a plan to expand and develop refineries to boost domestic production of petroleum products, with the aim of filling the gap between production and consumption.

Toyota Tsusho is also participating with a consortium to construct a 250 MW wind farm in Ras Ghareb, near the western shore of the Gulf of Suez. The farm will be connected to the national electricity grid experimentally by mid 2019.