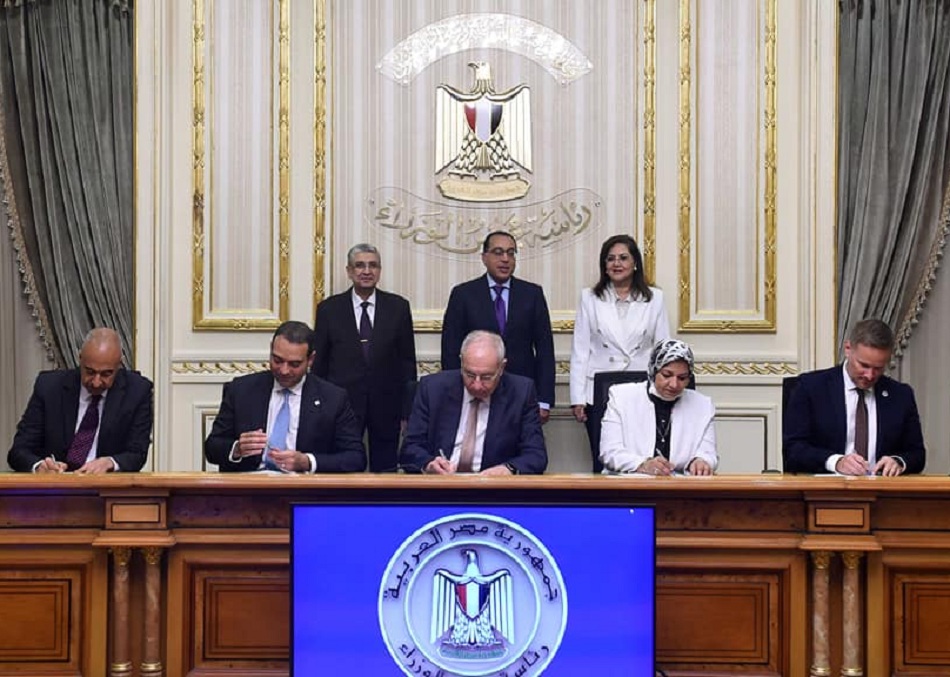 Egypt inked a memorandum of understanding with an alliance that includes Total Eren and Africa-focused SME investor Enara Capital to build a green ammonia plant in the Suez Canal Economic Zone (SCZone), according to a cabinet statement. The facility will initially produce 300k tons of ammonia each year and this will increase to 1.5 mn at a later date, the statement said. Cabinet did not disclose the timeframe for the project or how much it will cost to build.

State institutions are on board: Total Eren and Enara signed the agreement with the Sovereign Fund of Egypt (SFE), the SCZone, the Egyptian Electricity Transmission Company (EETC), and the New and Renewable Energy Authority (NREA).

Green ammonia projects have been all the rage lately: In April, Egypt signed major agreements with international companies to produce green ammonia and hydrogen in the SCZone under government efforts to turn the area into a green energy hub. AlNowais’ AMEA Power is partnering with the SFE on an ammonia plant that will produce up to 390k tons a year, while Norwegian firm Scatec will build a 1 mn ton per year facility.

You can’t have green ammonia without green hydrogen: Green hydrogen is the crucial ingredient that puts the “green” in “green ammonia,” and large-scale investment in the energy source will be required if the spate of planned ammonia plants are going to be fed.

It’s a good thing, then, that a number of green hydro plants are also in the works: Several international consortiums have agreed to work on green hydrogen facilities in the SCZone. Emirati renewable energy company Masdar and Hassan Allam Utilities will build a plant that will produce 480k tons of hydrogen a year while Scatec, Nassef Sawiris-backed ammonia producer Fertiglobe and Orascom Construction are working on a separate project set to come online in 2024.

REFRESHER- Egypt is pushing a strategy to channel bns of USD of investment to create a local green energy industry amid a rising international interest in energy sources such as green hydrogen. Cairo’s plans have attracted major global players seeking investments in the sector in the country.

EGYPT: Total Eren Joins Forces with Enara for Green Hydrogen in The Gulf of Suez

In Egypt, the French energy company Total Eren has signed an agreement with the authorities for the implementation of an experimental project for the production of green hydrogen and its derivatives in the Gulf of Suez.

The project will be implemented in partnership with Enara Capital, a Cairo-based investment platform.

A new renewable energy producer is eyeing the growing green hydrogen market in Egypt. It is the French company Total Eren, the subsidiary of the oil company TotalEnergies.

It has teamed up with portfolio manager Enara Capital to strike deals with the General Authority of the Suez Canal Economic Zone (SCZone), the Sovereign Wealth Fund of Egypt (TSFE), the Egyptian Electricity Transmission Company (EETC) and the New and Renewable Energy Authority (NREA).

With the support of the Egyptian authorities, the two partners want to carry out preliminary studies for a green hydrogen project in the Gulf of Suez. According to SCZone, the project involves setting up facilities capable of producing 30,000 tonnes of green hydrogen per year.

However, Total Eren’s capacity is expected to rise to 1.5 million tonnes per year according to SCZone.

The Egyptian state is working diligently to support the transformation to a green economy based on clean energy, especially by providing facilities and incentives to attract green investments and exploit green financing opportunities.

To date, several international companies have expressed interest in producing green hydrogen in Egypt. This is also the case of Norway’s Scatec, which has joined forces with Orascom Construction and Fertiglobe.

For its part, the Emirati energy company Amea Power wants to develop a green hydrogen project in the Suez Canal economic zone in two phases.