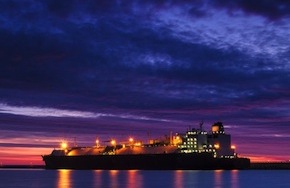 Since then, requests by at least two companies to ship additional LNG from Qatar to Egypt have been rejected without explanation, trade sources familiar with the talks have said.

Qatar’s reluctance to expand LNG trade with Egypt contrasts with a growing desire to sell more spot cargoes into Europe, one of the trade sources said, drawing a link to the diplomatic standoff between Qatar and Egypt.

A Qatar Petroleum spokesman denied this.

“It is business as usual for Qatar’s LNG, who continue to honour all their commitments and to actively engage with all counter-parties, regarding mutually beneficial LNG market opportunities,” the spokesman said.

Any decision to restrict sales of new LNG to Egypt would be largely symbolic since the country has already locked in most of its deliveries for 2017 from Qatar and other producers.

And some traders suggested that Qatari producers may have simply come up against routine shipping or supply scheduling constraints for refusing to sell the cargoes.

The mounting logistical challenges of dealing with the country’s cash-strapped government may have led Qatar to scale back its involvement purely on a commercial basis, a second trade source familiar with the talks said.

After struggling to repay arrears owed to its LNG suppliers and extending payment terms, Egypt recently embarked on a policy to defer about 20 contracted shipments initially scheduled for delivery this year to 2018, as rising domestic output began squeezing out demand for costly foreign imports.

Traders had to wrangle approvals from producers to rearrange shipping schedules, inconveniencing Qatar.

Benefiting from several Egyptian multi-billion-dollar LNG buying sprees, commodity traders from Trafigura to Glencore, Vitol and Noble Group carved out a niche for themselves by shouldering credit risks for producers, including Qatar, averse to supplying Egypt directly.

For example, in December Egypt launched a tender to secure 60 LNG cargoes for delivery in 2017, awarding most of its requirement to Swiss trade houses backed in part by producer Qatar.

“Restrictions would only apply to short positions which some of Egypt’s trade house suppliers had, all existing agreements are unchanged,” a trader said.

While most traders lined up LNG to cover their commitments, some held off, leaving limited open positions to fill nearer to the cargoes’ delivery date.

It is these open positions – or shorts – which Qatar has refused to fill, the trade sources said, potentially opening doors for rival producers including Trinidad, the United States and Algeria to supply Egypt.