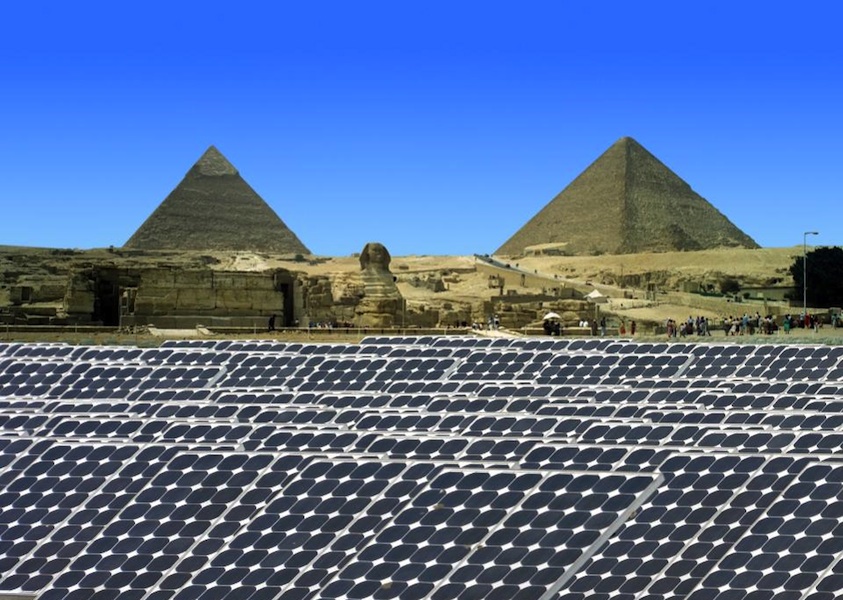 The oil industry is not dying, but it must change. For Tarek El-Molla, Egypt’s Minister of Petroleum & Mineral Resources, the main goal is to align the industry to Egypt’s 2030 Vision for the sustainable development of the country’s economy, society and environment.

So, what lies ahead for a sector that is under pressure to limit carbon emissions and create a different future for hydrocarbon-based businesses?

For starters, there’s no point in visionary planning for 2030 or worrying about efficiency and productivity in the oil and gas sector unless steps are taken to prevent catastrophic climate change in the same time period. His Excellency, the Minister, is keenly aware of the need to address this issue now.

“We are focusing on gas in the interim as we work to fill 40 percent of our energy needs through wind and solar by 2030,” he says. In addition to meeting the demands of the domestic market, the Minister’s vision is to help Egypt become a clean energy hub for the region. Thanks to a clear strategy and massive efforts undertaken by the Ministry since El-Molla’s appointment in 2015, that long term goal has every chance of success.

It’s this ongoing strategy for sustainable economic reform and the discovery of the offshore Zohr gas field in the Mediterranean that are behind the prediction by Standard Chartered Bank that Egypt will be one of the top ten global economies in just ten years, ranked number seven ahead of Russia, Japan and Germany.

El-Molla, who spent 24 years in various operational and executive positions at Chevron, recalls the turbulent times during the early part of the decade when two revolutions were followed by a period of instability and insecurity for Egypt’s 120 year-old oil and gas sector. The Ministry is responsible for securing refined products for the entire country and for maintaining and ensuring production through joint partners, but during that time, it was facing the practical problems of shortages and a decline in production.

Stability returned under the current President, Abdel Fattah El-Sisi, who realized the need for someone with El-Molla’s experience to lead necessary change.

One of El-Molla’s first steps was to reach out to partners, vendors and suppliers. “During difficult times it is easy for investors and multinationals to just shut down and leave,” he explains. “It’s critical to keep them engaged. They need to feel confident that their investments are protected, and that the government is a stable, reliable partner.”

The next steps were more difficult.

Becoming the regional energy hub requires massive changes, so the Ministry created a comprehensive modernization strategy addressing key areas such as production performance, refining and distribution, and enterprise resource planning. But the core area for overhaul was human resource development.

The Ministry is a fragmented organization comprising different holding companies, joint ventures, public sector entities and investment groups. Over 240,000 people are part of it, but they were not connected to each other.

“The last organizational change was twenty years ago,” says the Minister. “We need to communicate our vision of change, we need to connect people to the vision, and we need the right people to make it happen.”

Pulling it together requires one global system, one consolidated balance sheet, and mostly importantly, ONE team. First, the Ministry created an intranet to facilitate unified updates and messaging and get buy-in from employees. El-Molla knew from previous experience that people often feel threatened when new systems are implemented. They only accept change once they realize the system will help them work more efficiently and save time for more fulfilling tasks.

Then, together with his team, El-Molla identified key competencies and announced internal openings for subject matter experts and core business disciplines like finance and administration. Out of 3,000 applicants, they selected the 700 most motivated and ambitious and then whittled that group down to 400. Those selected were sent abroad for on-the-job training and given mid-management roles upon their return, ready to fast track the organization into the future.

“We now have the most diverse, highly qualified, dynamic team to take us to the next level,” says El-Molla proudly.

With the right people in place, El-Molla can focus fully on the modernization process which requires the right technology. SAP S/4HANA ERP was his first choice not only because he was familiar with it from his Chevron days, but because he believes it is the right solution for preparing a national industry to work more efficiently with minimum losses at higher productivity rates.

El-Molla believes in leading by example. The Ministry of Petroleum’s modernization program will not only set an example for the nation, but as it begins to show results, it will help unlock the potential of the entire region by improving the economy, empowering people and creating sustainable sources of energy for generations to come.