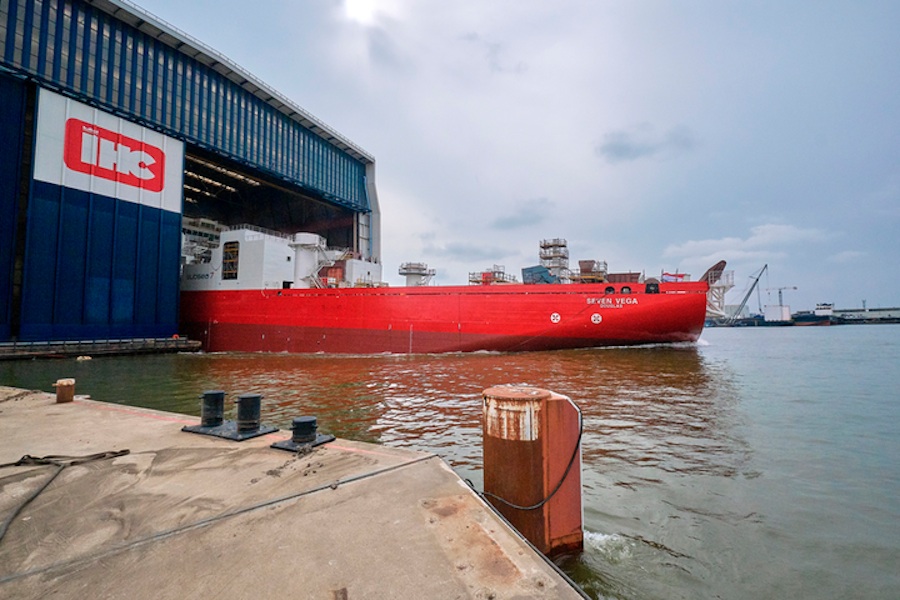 Work continues on Mad Dog 2 in the Gulf of Mexico with qualification and fabrication activities. For the Manuel project, the focus is on engineering, procurement, and fabrication of the electrically heat traced flowline (EHTF).

In the North Sea, the Seven Oceans completed its first reel-lay campaign on Wintershall Dea’s Nova project offshore Norway. The first pipeline bundle was towed out earlier his month from the company’s facility in northern Scotland for Equinor’s Snorre project, also in the Norwegian sector.

Conventional activity in shallow water areas included completion of the 20-in. pipeline pull-in for the PUPP project offshore Nigeria, using the Seven Antares, and umbilical installation for the Hasbah project offshore Saudi Arabia.

Life of Field activity included IRM services in the US GoM under a new contract awarded to i-Tech 7 and a weld inspection campaign using ROV-deployed technology offshore Australia.

In the latter case, the client had previously relied on diving services for this type of work.

At the end of June, Subsea 7 had 34 vessels in its fleet, including one under construction and two stacked. The newbuild reel-lay vessel Seven Vega is undergoing outfitting and testing ahead of scheduled delivery in early 2020.

So far this year the company has secured four SURF contracts, and it expects the pace of awards to pick up further over the next 12 months as clients progress investment decisions on the first phase of greenfield projects sanctioned since the downturn.

This uptick in market activity is tightening vessel availability leading to strengthened pricing for projects. Market activity is also strong for conventional projects in the Middle East region, the company added.