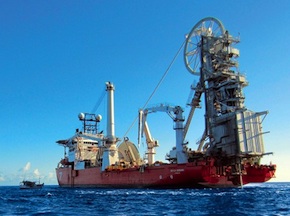 Subsea 7 has completed offshore operations on the fasttrack East Nile Delta project in the Egyptian sector of the Mediterranean Sea.

During 3Q, the Seven Borealis was engaged in pipelay for the first phase of the West Nile Delta project.

Last month, Subsea 7 secured an EPIC contract for the Atoll project in the same area, lifting the total value of its contract awards offshore Egypt over the past 18 months to almost $1.8 billion.

Elsewhere, the company completed its third seasonal campaign on Statoil’s Aasta Hansteen in the Norwegian Sea.

All flowlines and control cables are connected, and the subsea infrastructure is now ready to hook up to the spar platform when it arrives in 2018.

During September two vessels left the company’s fleet. The Seven Petrel was sold outside the oil and gas industry and the Normand Seven returned to its owner at the end of its charter contract.