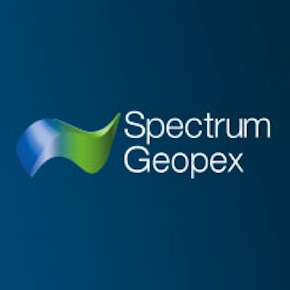 In 1995, a joint-venture agreement was signed between Spectrum in the UK and Geopex in Egypt. Thereafter, Spectrum-Geopex Egypt Limited (S-G) office was established in Nasr City Public Free Zone in 1996.

Since establishment in 1996, the Egyptian General Authority for Investment and the Egyptian General Petroleum Corporation have authorized S-G to perform seismic data imaging and scan-vectorization services. Significant additions were then made in the years 2000 through 2010, which included seismic data interpretation, appraisal of petroleum prospects, and gravity-magnetic modeling and interpretations. S-G however has continued to grow and develop with the relatively recent addition of marine seismic data acquisition services in 2015.

The early phase of the S-G office construction was completed in 1997, and included only a ground floor. However, during the second phase between 2007 and 2017, the office building went through further developments and extensions which at present includes a total of three floors including 4 large work areas, 9 offices, 3 IT rooms and 2 storage rooms. This important period of major expansions marked S-G’s first phase of growth and maturity in the Egyptian market.

Moreover, and to assist reducing exploration risk, S-G has successfully introduced and implemented 3 important competitive advantages which include seismic data geo-processing applications, improved static correction, and an excellent ability to work under pressure to resolve problematic data sets while promptly obtaining the best achievable results. Currently, S-G has flourished with more than 80 domestic and international clients, many who have renewed contracts for S-G’s services. In addition, to date more than 8 new oil and gas discoveries were based on the services provided by S-G not only in Egypt but also in Libya, Syria, and Pakistan.

In a recent interview with the Managing Director of S-G, he stated that, the 21 years of S-G’s hard-earned achievements demonstrate the diligence and determination of S-G’s services. He added, it is with great pride and appreciation that we congratulate both partners along with dedicated employees on this service anniversary milestone. We all are looking forward with great expectancy to many more good years to come serving the operating petroleum companies both in Egypt and the international markets.