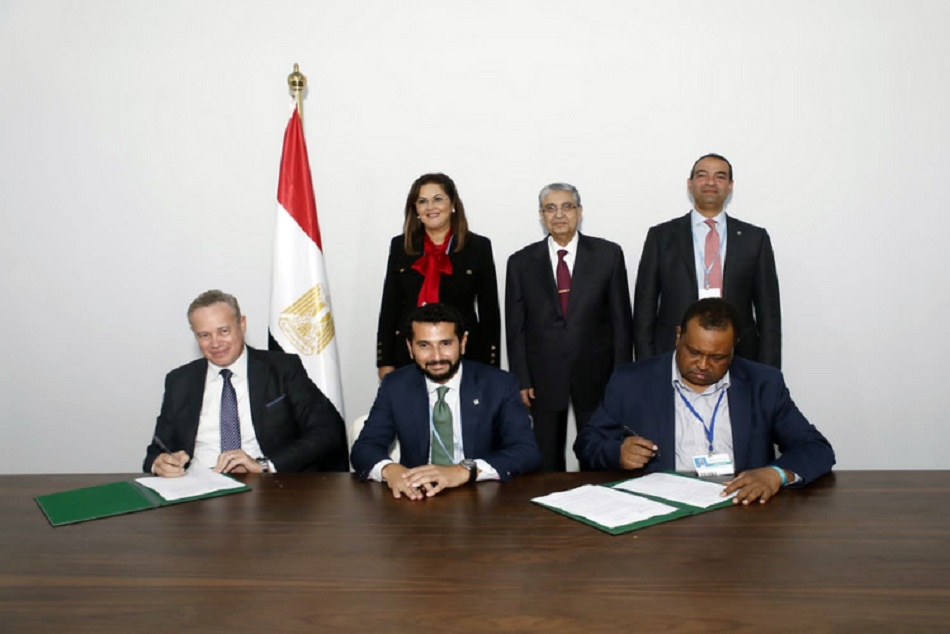 ACWA Power, a leading Saudi developer, investor, and operator of power generation, water desalination and green hydrogen plants worldwide, today signed a memorandum of Understanding (MoU) with The Sovereign Fund of Egypt (TSFE) to explore a joint investment in the 1.1 GW Wind Energy project, located in the Gulf of Suez in Egypt.

Per the terms of the MoU, ACWA Power and TSFE will now engage in discussions for TSFE’s Infrastructure & Utilities Subfund to own up to 10% of the project. Currently, project investors include Hassan Allam Holdings, an Egyptian engineering, construction and infrastructure company (25% stake) and ACWA Power. The Oman Investment Authority, the Sultanate’s sovereign wealth fund, recently signed a similar agreement with ACWA Power, to have an equity stake of up to 10% of the same facility.

This is the first instance of The Sovereign Fund of Egypt (TSFE) investing in ACWA Power’s Egyptian or worldwide portfolio. The company has had a presence in Egypt since 2015 and has developed the 120 MW PV project in Benban, a 200 MW PV facility in Kom Ombo, along with Suez Wind Energy, which will be the largest single contracted wind farm, and largest wind related public private partnership in Africa to date. Furthermore, ACWA Power has also signed a memorandum of understanding to develop another 10 GW wind project with Egyptian Electricity Transmission Company (EETC), which is likely to be developed in phases.

As the Government of Egypt’s ambitious energy diversification plans continue to gain momentum, it is assuring to see key investors from the Arab World join hands to support the development of clean energy projects in the country. This tangible endorsement signifies that Arab investors are looking firmly towards implementing sustainable solutions that benefit communities while ensuring global climate action pledges. At ACWA Power, we are proud that regional and global project finance organisations continue to place strong confidence in our ability to deliver giga scale renewable projects that are delivering impact and value across the world

This is another significant manifestation to our strategy to continue to invest into renewable power generation to decarbonise Egypt\’s energy sector and capitalise on green energy sources in the country. It shows our commitment to transition from pledges to implementation in collaboration with private-sector pioneers. We have strong confidence in our partner’s ability to deliver such large-scale projects, building on their expertise in the renewable energy field and their presence in the Egyptian market

By 2026, the 1.1 GW Wind Energy project will provide energy to over a million households and displace 2.4 million tonnes of carbon dioxide emissions annually. Elsewhere on the African continent, ACWA Power has a number of projects in development or in operation; five projects in Morocco and three in South Africa all in renewable energy.