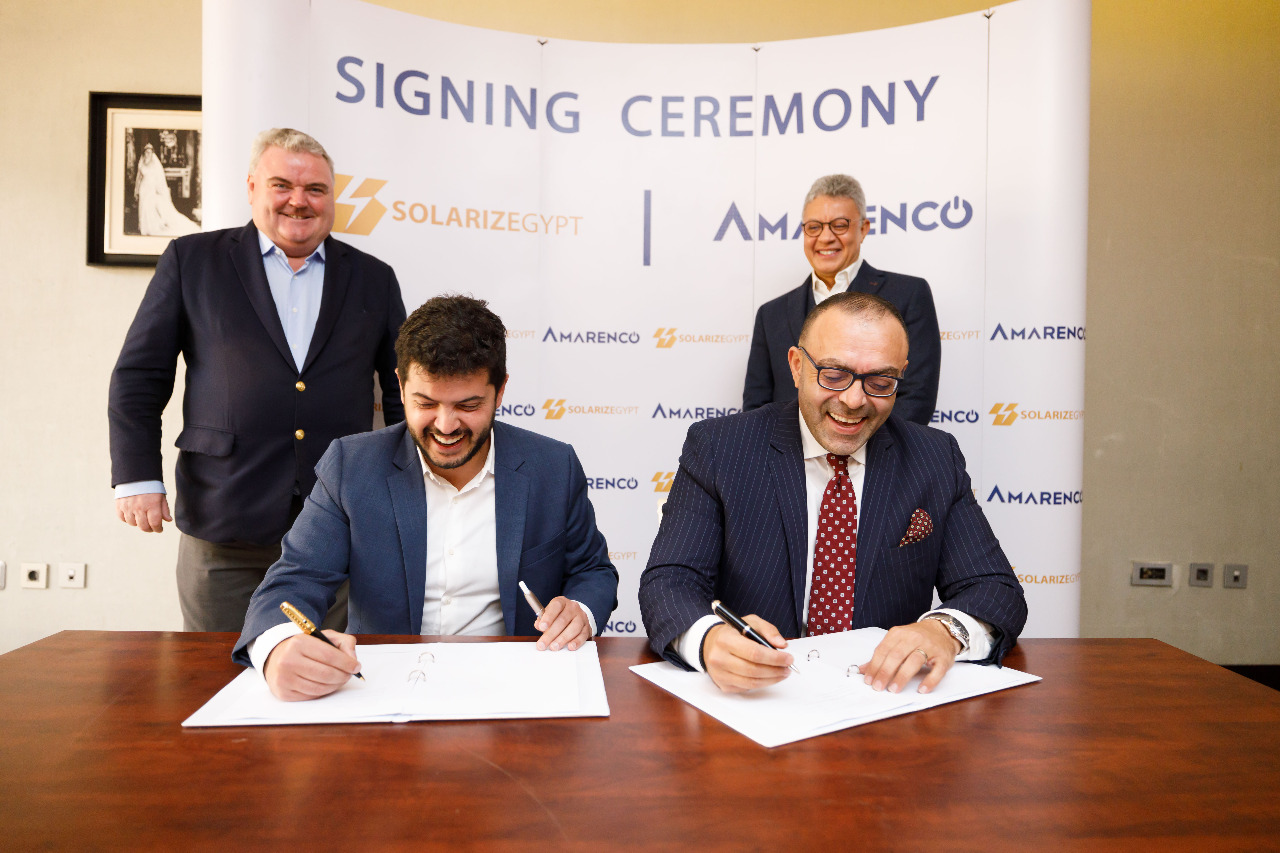 Amarenco Group and SolarizEgypt announce the establishment of a new partnership in Egypt. This definitive agreement between both parties agrees that Amarenco shall acquire 74% of SolarizEgypt’s portfolio and co-develop 300MW of assets at an estimated budget of 4 billion Egyptian Pounds (255MUSD) in the next four years.

This Joint Venture between both parties is referred to as “SolarizEgypt | Amarenco & Co.”

This acquisition and partnership will leverage both companies’ strong knowledge and expertise to provide the best-in-class services to the Egyptian energy sector.

The new Joint-Venture will invest in developing Solar Energy projects in Egypt. As a result, clients will be offered a clean source of electricity at a discounted rate, which will help them be more competitive and reduce their carbon footprint.

Amarenco invested more than 500 million euros in Solar Development globally, and Solarize is already well-established and one of the market leaders in its segment. The synergies will allow the Joint-venture to consolidate its position within the industry.

“The Egyptian Energy market is one of the largest markets in Africa and MENA region with ambitious targets for a transition towards renewables and decarbonization. We at Amarenco are committed to investing heavily in the Egyptian market to provide the local community with cleaner, sustainable, and cheaper sources of electricity” Yazan Faouri, Amarenco CEO in the Middle East & North Africa.

“We’ve seen time and time again that partnerships between strong local players that possess the market knowledge and depth coupled with international players that have the financial muscle and scaling expertise are where the magic happens. This partnership represents a milestone for the renewable sector and is a strong vote of confidence for FDI in Egypt.” Yaseen Abdel-Ghaffar-Founder of Solarize Egypt.

Amarenco Group is a leading solar IPP active in Europe, the Middle East, and Asia-Pacific. We design, develop, finance, acquire, build and operate medium to large scale solar photovoltaic infrastructures and have completed more than 2,000 projects to date. Amarenco Group is also implementing the largest storage project in Europe and bringing energy production and consumption closer through the digital development of short supply circuits.

SolarizEgypt, a significant player in the Egyptian solar energy market for the past 8 years, has secured a portfolio of more than 50 MWs of signed PPAs with major conglomerates such as Orascom Development Holding (El Gouna & Makadi heights), Arabian Cement Company, Coca Cola Bottling, and other esteemed companies in different industries. SolarizEgypt’s Holdco has positioned itself as a utility platform with additional business lines and subsidiaries in water desalination, waste management and residential solar.