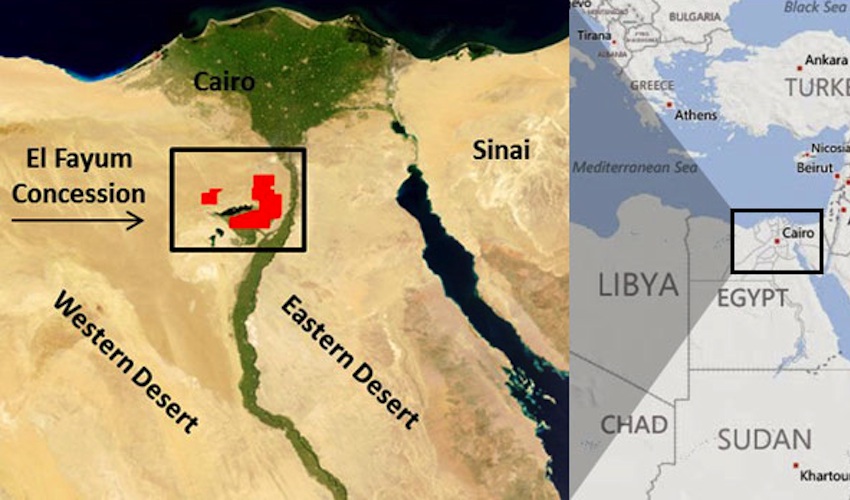 SOCO International has agreed to acquire Merlon Petroleum El Fayum Company for approx. US$215 million. Merlon is a privately owned oil and gas company with a 100% operated working interest in the onshore El Fayum concession in Egypt. The consideration will be satisfied through the payment of approx. US$136 million in cash and the issue of c.66 million new SOCO shares, representing 19.75% of SOCO’s current issued share capital. SOCO will also arrange for the repayment of Merlon’s net debt, which was approx. US$22 million as at 31 December 2017. 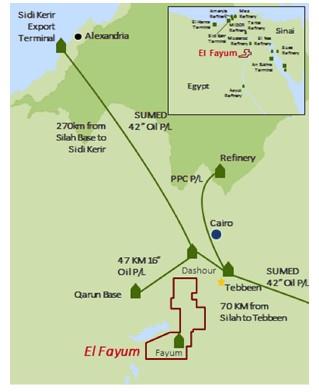 The acquisition of Merlon is a significant step forward in SOCO’s stated objective of expanding and diversifying its resource base to create a full-cycle, growth orientated E&P company of scale. El Fayum concession is located in the low-cost and highly prolific Western Desert, c.80 km south west of Cairo and in proximity to local energy infrastructure. The acquisition is expected to add immediate cash generative production and incremental 2P (net) working interest reserves of 24 mmbbls and 2C (net) working interest resources of 37 mmbbls. Merlon produced 7,859 bopd (net) in 2017, with the potential to increase production levels to a target in excess of 15,000 bopd (net) by 2023 through the recovery of its discovered 2P reserves and 2C resources. El Fayum will provide SOCO with nearly 1,570km2 of exploration acreage (of which c.70% is covered by existing 3D seismic) with multiple, identified exploration prospects in proven petroleum systems, as well as a large underexplored area in the northern portion of the concession.

SOCO views Merlon as a highly strategic platform to enable future organic and inorganic growth in Egypt and the wider Middle East & North Africa (‘MENA’) region. The Merlon team that will become part of SOCO has a proven ability to create and realise value and has evolved Merlon from being an exploration-focused entity into a production and development business. Their experience in Egypt and their regional relationships will be significant assets for, and highly complementary to SOCO.

SOCO will finance the cash component of the consideration and the redemption of Merlon’s net debt through its existing cash and liquid investments (US$129 million as of 30 June 2018) and unutilised capacity under a new US$125 million Reserve Based Lending (“RBL”) facility, which was announced on 17 September 2018. Merlon is free cash flow positive on a standalone basis and SOCO anticipates that the growth investment required for developing Merlon’s 2C resources will be primarily funded by the cash flows generated from the El Fayum concession. As such SOCO expects that it will continue to maintain a robust balance sheet and free cash flow outlook following completion of the acquisition, which will allow SOCO to maintain and further underpin its policy of regular distributions of excess free cash flow to its shareholders.

Strategic Rationale for the Transaction:

The Proposed Transaction will:

The Proposed Transaction is subject to shareholder and regulatory approvals and is expected to complete in H1 2019.

‘We are delighted to have reached an agreement to acquire Merlon. We have high regard for the business that Merlon has established in Egypt and are excited that Jason and his team are joining SOCO. In addition to providing a high quality, free cash flow generating oil concession with significant development upside and exploration optionality, Merlon creates a new hub for our business in Egypt, which we will utilise to support further growth not only in Egypt but also the wider MENA region, both organically and through additional M&A. This accretive, high quality transaction represents a significant step in the reshaping of SOCO as a Full Cycle, Growth Orientated E&P.

SOCO will, as a result of the Proposed Transaction, offer shareholders strong cash flow from an enhanced and diversified portfolio of producing assets, material organic and continued inorganic growth potential, underpinned by regular distributions of excess free cash flow under a strong management team.’

‘The Merlon team and I are looking forward to joining SOCO. We are excited about SOCO’s strategic vision and the opportunity to continue developing the El Fayum concession as well as SOCO’s business in Egypt and the MENA region. As part of SOCO we will be in a stronger position to accelerate value capture from the El Fayum concession than we would be able to on a standalone basis. We look forward to continuing our longstanding and successful partnership with the government of Egypt and the EGPC. Our confidence in the value creation potential from this combination is shared by our existing owners who will retain meaningful exposure to this story through an equity interest in SOCO.’

A conference call for investors and analysts will be held today at 9.30 a.m. (BST).