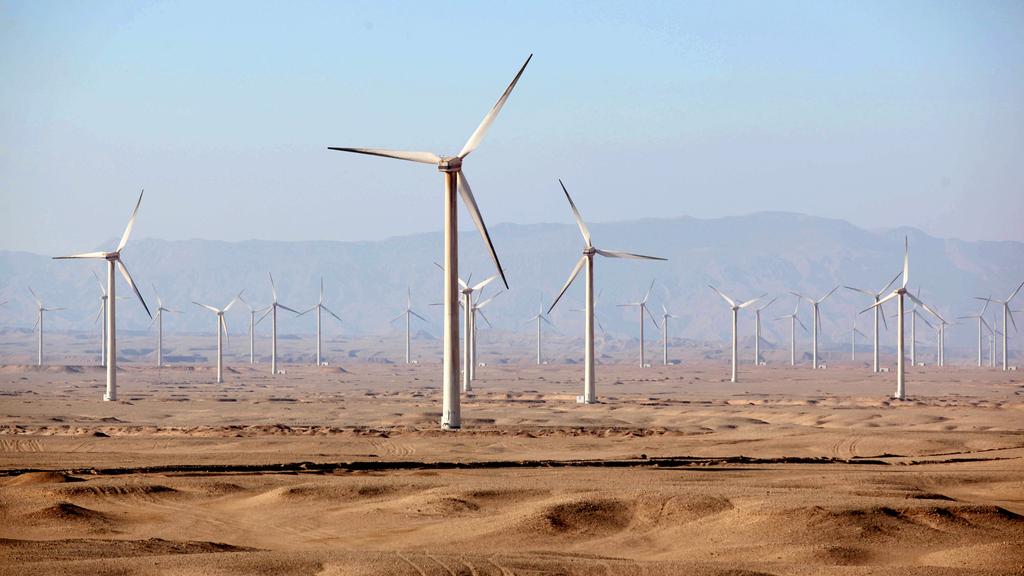 Egyptian President Abdel Fattah al-Sisi on Tuesday has inaugurated a number of new electricity mega projects in the country, including the Gabal El-Zeit wind farm that is considered the largest in the world.

Launched in 2015 in the Red Sea governorate, the Gabal El-Zeit wind farm has a total of 300 wind turbines with an overall capacity of 580 megawatts.

Egypt signed an 8 billion-euro ($9.3 billion) deal with Siemens in June 2015 that calls for three combined-cycle power plants with a capacity of 4,800 megawatts each, plus 12 wind farms, and is designed to boost the country’s electricity generation by 50 percent.