Sinopec downplays concerns about its investment in Egypt 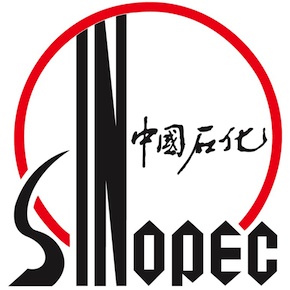 China Petroleum & Chemical Corp, or Sinopec, has played down concerns about potential risks to the value of its investment in the Apache project in Egypt.

Sinopec’s clarification came in response to concerns that the value of its 33 percent stake in Apache’s Egyptian company, which it bought for $3.1 billion in 2013, may have eroded massively due to local and global factors.

Apache is an independent US upstream oil and gas company with 24 contractual blocks in Egypt. Zhang Hong, head of the HSE Department of Apache Qarun Production Company, said such concerns are baseless.

“The Egyptian project is more of a long-term investment and four years is too short to draw a conclusion. The prices of oil and gas are fluctuating. Now that they have hit the bottom, we’re confident our investment will recover its cost within the expected 10 years,” Zhang said.

Sinopec’s Apache investment was its first foray into Egypt. It was also an attempt to increase its production of oil equivalent during the peak season.

Ever since the project handover, against the challenges of falling oil price, the Apache project has seen stable oil and gas production of 350,000 barrels per day, said Shao Jingyang, general manager of the Egyptian unit of Sinopec International Petroleum Exploration and Production Company.

According to Zhang, ever since the stake buy, Sinopec has forged good relations with Apache in the upstream sector.

The company has invested an additional $980 million, generated net cash flow of $735 million and a net profit of $589 million from its Apache project so far, he said.

David Chi, general manager of Apache Egypt Co, said: “Despite the drastic oil price drop, the potential of the assets, the positive business environment and the governmental support will ensure considerable gross and net profits,” he said.

“Chinese companies’ working efficiency and Sinopec’s expertise in upstream oil and gas exploration and development is the icing on the cake.

“Sinopec’s joining is win-win for both sides, and Apache eyes more cooperation with Sinopec in the downstream sector in the future.

“Sinopec is one of the few companies that give full play to the advantages of both upstream and downstream sectors.

“China’s Belt and Road Initiative will definitely have a positive impact on our business in Egypt and further tap the potential of the local market,” he said.