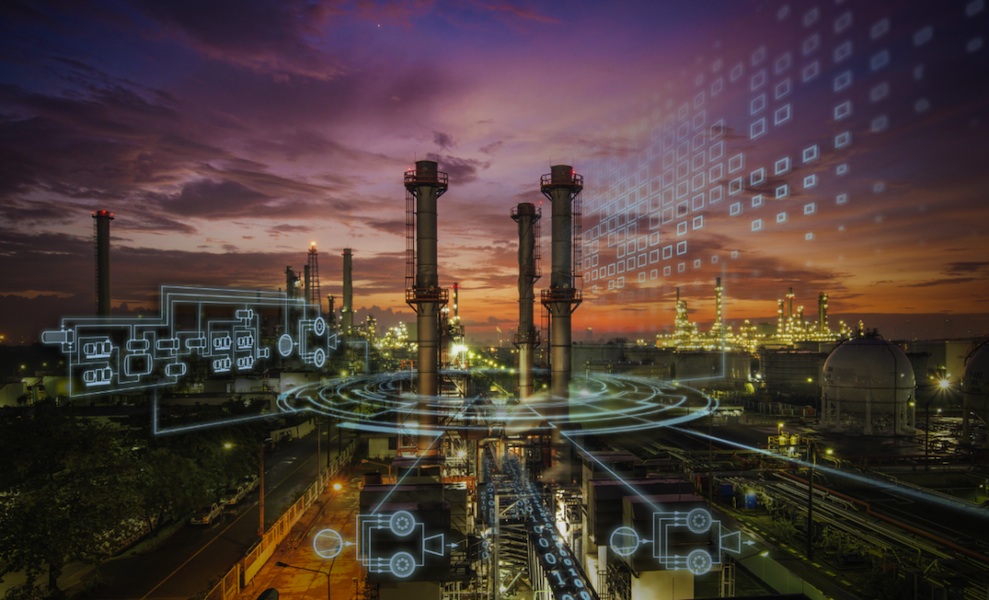 Egypt is on the verge of transitioning from a net importer of gas into a regional gas hub, thanks to massive offshore discoveries in the Eastern Mediterranean. But abundance is only part of the equation – Egypt’s golden gas age hinges on the technology it selects that will optimize production while minimizing the environmental impact.

The Arab world’s most populous country has enjoyed political stability and an economic revival in recent years which has spurred investments, especially in the energy industry. This optimism is a reversal of several years of rising domestic gas consumption and dwindling production that forced the temporary closure of Egypt’s two liquefied natural gas export facilities and all but halted investment in the sector.

A major find in 2015, about 200 km off Egypt’s coast in the Eastern Mediterranean, was the turning point. The giant offshore Zohr field, with an estimated 30 trillion cubic feet of natural gas reserves, has transformed Egypt’s prospects, provided the country additional clout in the energy market and presented opportunities for further offshore development.

Egypt’s natural gas reserves doubled in the past two decades to 2.1 trillion cubic meters, according to the latest BP Statistical Review of World Energy. Gas output grew at the second-fastest rate in the world in 2018, and with new concessions awarded and continued exploration activity, most forecasts predict significant increases in both production and reserves.

The technology needed to extract gas from under the Mediterranean, process and transport it, is well established. But given the constraints that “lower for longer” oil and gas price forecasts have on energy companies, and the urgent need to tackle the challenges of climate change and massively reduce CO2 and other emissions, the industry is increasingly turning to technology that lowers lifecycle costs, optimizes output and protects the planet.

Offshore oil and gas developers are taking advantage of technological advances and going for deeper and more complex fields, whether it’s by platforms or floating production storage and offloading (FPSO) vessels. This has presented many technical challenges with regards to topsides development, which has become more complex in recent years. Equipment must be small and light, but still robust enough to meet project requirements for processing, production, transportation, serviceability and reliability.

Siemens has taken strategic steps to help the industry overcome these challenges by developing power and compression solutions that conserve weight and space, while providing the necessary power to exploit deep-water reserves.

A recent project in the Barents Sea included a 41 MW Siemens SGT-750 gas turbine that drives two high-efficiency Siemens DATUM compressors operating in a tandem arrangement. The turbine features a unique design that eliminates the need for a speed-increasing gearbox, which reduces the weight and footprint of the package. It has extended maintenance intervals – designed for 17 days in 17 years – ensuring production uptime and profitability, and lowering operating expense as well.

In the Eastern Mediterranean, we will supply the full electrical scope, together with four Siemens SGT-400 gas turbines, waste heat recovery units, a flash gas compressor, and two sales gas compressors for an FPSO that’s expected to be commissioned next year. The equipment will produce both electricity and heat to extract and process the production at sea, as well as export the gas to shore.

Unique to this FPSO is the first ever full-scale deployment of Topsides 4.0, which is Siemens’ holistic digital lifecycle approach to rotating equipment and electrical and automation systems.

Digitalization in the oil and gas industry!

Topsides 4.0 begins during the conceptual and design phase of a project. The approach reduces capital and operating expenses, shortens project development cycles, minimizes interfacing risk and decreases offshore manpower requirements. This is achieved by digital project management and manufacturing, virtual testing and commissioning, and delivery of an intelligent “digital twin” of the facility, which can be used by operators for lifecycle decision-making and asset optimization.

With the digital twin, engineers have continuous access to as-is asset data and can plan maintenance campaigns based on condition monitoring analytics. An integrated control and safety system solution is designed for remote control and monitoring, which improves safety and reduces costs by shifting labor resources from offshore to onshore. Combined, these benefits can reduce operating expenditures by 10% to 15% each year.

Siemens has a long track record in Egypt and has participated in one of the country’s most transformative projects. Along with our partners, we built three of the world’s biggest gas-fired, combined cycle power plants, delivering an additional 14.4 gigawatts to the electric grid in just 27.5 months. The H-class turbines at Beni Suef, Burullus and New Capital are among the world’s most efficient, contributing to $1 billion a year in fuel savings and a significant reduction in CO2 emissions.

Siemens also has a role in Egypt’s offshore developments. The company supplied six model SGT-400 industrial gas turbines and associated electrical generators to Petrobel, the joint venture between Italy’s Eni and Egypt’s General Petroleum, which is developing the Zohr field. This turbine-generator system provides about 20% more power than comparable equipment.

Egypt isn’t limiting its potential to the Zohr windfall. Further development of Eastern Mediterranean gas is underway, and a pipeline network linking supplies from Israel and potentially Cyprus can convert the fuel into LNG for export at the Idku and Damietta plants. This cross-border economic cooperation has been formalized in a new organization, the Eastern Mediterranean Gas Forum, which will be based in Cairo and currently comprises Egypt, Cyprus, Greece, Israel, Italy and Jordan.

The prospects in the Eastern Mediterranean are undeniable. With Egypt’s recent track record of building some of the world’s most-efficient power plants, it’s clear that its energy industry is serious about reducing fuel and lifecycle costs and cutting emissions. Siemens portfolio is well suited to the task of helping Egypt improve the overall economics and environmental footprint of its offshore natural gas industry, and ultimately, enter its golden gas age.