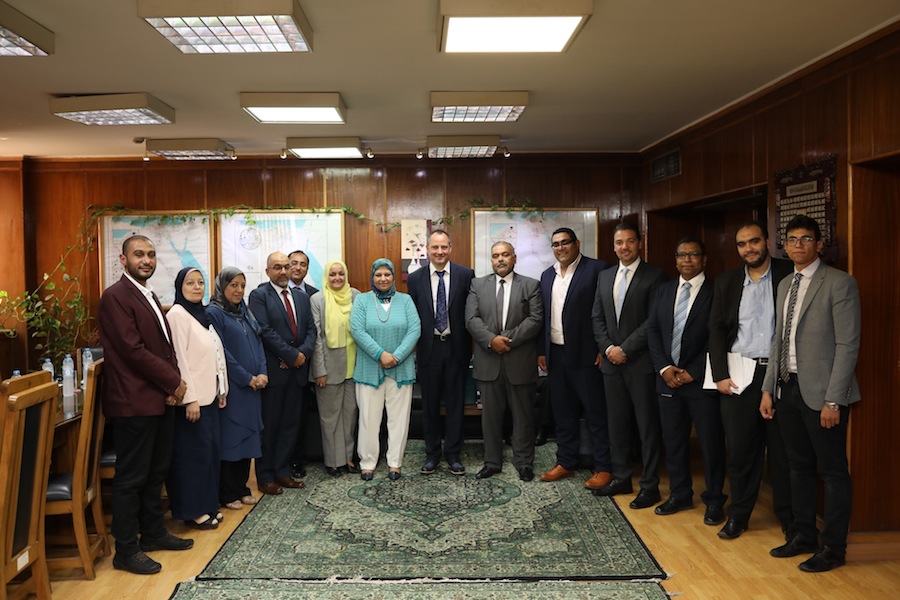 Siemens AG will conduct a series of five-year studies on Egypt’s electricity distribution grid to “identify the feasibility of deploying different advanced energy technologies,” the company said in a press release. Under a contract with the Egyptian Electricity Holding Company (EEHC), Siemens will analyze and examine the grid to look at ways to integrate smart technology into the grid, train the EEHC planning team, and provide new software tools. There was no mention of the value of the contract.

Siemens today announced that the Egyptian Electricity Transmission Company (EETC) has awarded the company a series of five-year grid studies to analyze and examine the country’s transmission network, to identify the feasibility of deploying different advanced energy technologies.

The studies will look at the potential role of smart technologies to transform the grid, as it continues to reflect the changes in the way energy is generated, distributed, managed and also stored. To ensure know-how transfer and local capacity building, the study will include a comprehensive training program for the EETC planning team who will jointly execute the various studies together with Siemens. Also, new software tools and modules of Siemens’ PSS® Product Suite will be deployed to increase the capabilities of the EETC planning team.

“Digital grids will play a key role in the country’s transition to a sustainable energy system through facilitating smooth integration of new and different energy sources. This will enable the growth of distributed generation and its potential incorporation into the main grid, providing flexibility and visibility of the entire grid,” said Ehab Fawzi, Senior Vice President for Siemens Digital Grid in Egypt. “We are excited for the opportunity to support the EETC along the digitalization journey of Egypt’s transmission infrastructure, as a technology partner.”

Expansion in infrastructure and industrial projects in Egypt has fueled electricity demand. In addition to the country’s build-up of power plants, including the world’s largest combined-cycle power plants, interest in renewable energy is also on the rise. Today, Egypt is gearing up with a number of very large solar parks either under construction or recently completed. With the country’s surplus of power production, Egypt plans to become a regional energy hub and exchange electricity with Arab, African and European countries.

In addition, the cooperation with Siemens will explore the opportunities and challenges facing the national grid, with Egypt’s plans to leverage electric mobility and the expansion in new energy projects that include:

Benban Solar Park
With total generating power capacity of 1,800 megawatt, Benban is considered one of the world’s largest and most ambitious solar energy projects. Situated in southern Egypt, the plant will produce enough electricity to power one million homes. Siemens will analyze the project’s network interconnection and impact on network operation through the company’s detailed study.

Egypt-Sudan Interconnection project
The strategic project aims to link the national grids of both countries, from Toshka city in Egypt to Dongola in Sudan, via an 800-kilometer, 220-kilovolt transmission line. With a difference in peak demand times during the day for each country, the interconnection project will help foster energy exchange, therefore boosting electricity supply and economic growth in both Egypt and Sudan. The study will aim primarily to ensure a high level of stability in the transmission system to reduce any potential grid faults and disturbances in the network.

Ouynat East Development project
In the Ouynat area, an important agriculture project is being developed by Egyptian authorities. However, given the remote location, the project needs to be electrified with reliable power supplies to meet its operation and production plans. The study will also look at challenges of supplying electricity to the remotely-located development project.