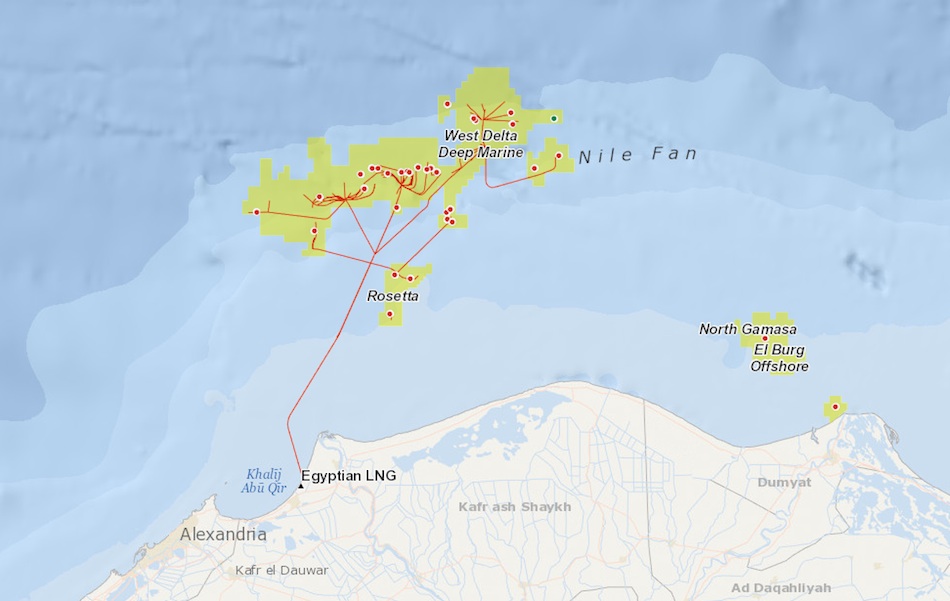 The drilling of seven wells at West Delta Deep Marine (WDDM) phase 9B is set to produce initial reserves of 236 billion cubic feet of gas, a statement by the oil ministry said.

Sabry El-Sharkawy, chairman of Rashid Petroleum Company (Rashpetco) and Burullus Gas Company, said his company is working on connecting three other wells of Simian, Sapphire D and Sapphire East DC of the 9B phase, which have been discovered in WDDM.

His statements came during a meeting with Petroleum Minister Tarek El-Molla, where El-Molla chaired the general assembly meeting by Rashpetco to approve the amended budget of 2019/2020 and the draft budget of 2020/2021.