Shell in talks with government to increase natural gas supply 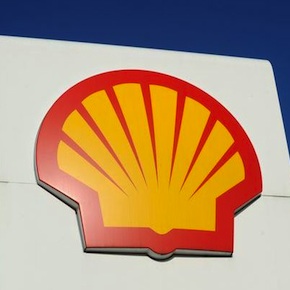 Shell is currently in talks with the government in order to increase exports, as the government seeks to increase supply to the domestic market.
The Egyptian government is slowly moving closer to increasing the domestic energy supply and restarting liquefied natural gas (LNG) exports, as the government continues negotiations with Shell to raise the volume of gas sent to the Idku LNG plant. Shell confirmed reports that they are exploring options to increase domestic supply, but expressed doubts about Egypt’s export potential. Despite the short-term skepticism, Egypt’s long-term potential in becoming a major player in natural gas production may be a foregone conclusion.

Shell’s Middle East operations spokesperson Nureddin Wefati stated: “Shell’s Idku gas treatment and liquefaction facilities, whether subsea or onshore, provide an economic edge for Egypt. Due to known gas supply issues, we expect very limited cargoes to be lifted of Egyptian LNG. Shell is in ongoing talks with interested parties and continues to investigate options for increasing the supply of natural gas to the country.”

The Egyptian General Petroleum Corporation (EGPC) paid Shell $480m in September in bank instalments for Idku supply disruptions, which has not operated at full capacity since 2012.  The plant—in which Shell owns a 35.5% stake, Petronas 35.5%, Engie 5%, and Egyptian Natural Gas Holding Company (EGAS) and EGPC 24%—requires $200m to repay loans annually after a $2bn loan for expansion.

Sources in EGAS state that Egypt owes Shell $1.3bn as of July—a sum that has likely increased due to unpaid production at the Burullus and Rashid fields. In total, Egypt owes $3.6bn to international oil companies.

The Egyptian government has since increased volumes for production at Idku, but they still remain considerably less than what was contractually agreed upon, due to domestic political and economic considerations during the peak summer months.

International oil companies are trying to pressure the Egyptian government into increasing exports, as the terms of agreement make exports nearly three times as profitable as selling to the government.

By allowing Shell to begin exporting, authorities are hoping it will prevent the oil companies from taking legal action against the government, like the long-running arbitration case brought by Union Fenosa Gas over the shutdown of supply to its Damietta plant. This provides an incentive for Shell to produce more at a vulnerable period for the government’s financial obligations.

Petroleum Minister Tarek El Molla stated that production at the Idku plant could be supplemented by regional partners who have also made major natural gas discoveries in the Mediterranean region. A proposed pipeline between Cyprus and Egypt was made; however, this may take years to complete. Egypt’s rapprochement with Israel is largely seen as being driven by natural gas considerations from which both countries could profit immensely.

“If Egypt could return to its previous position as a major exporter, and that’s a big and longer term ‘if’, it would make a material difference to the world’s future supply-demand balance,” James Taverner, an analyst for IHS Inc told Bloomberg in June, adding that in the meantime that exports will come occasionally.