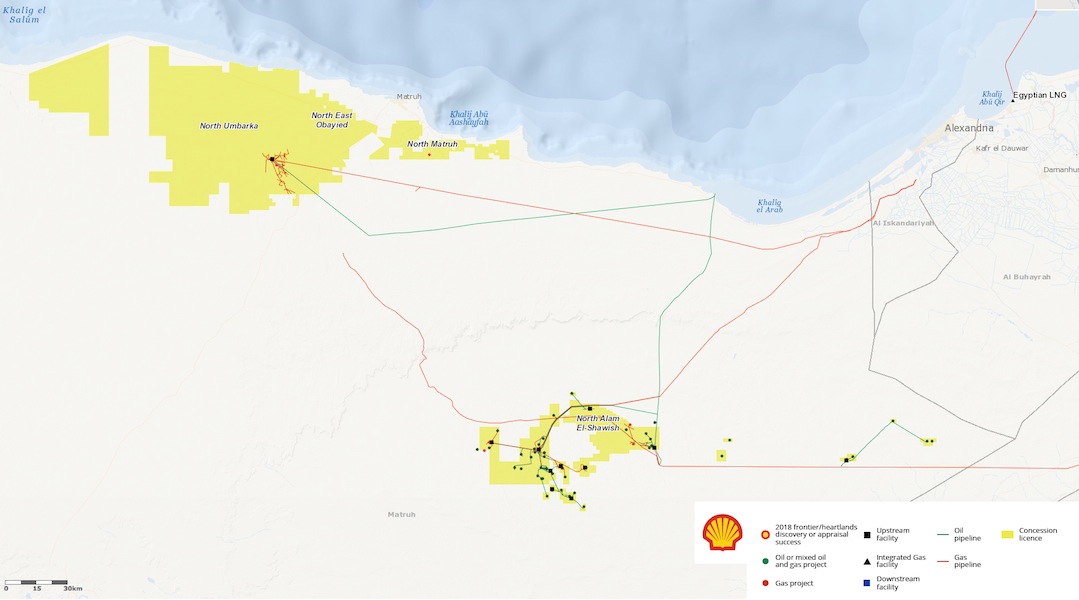 Shell Egypt has not yet closed the door to offers for its Western Desert assets, which the company is currently looking to offload, Chairman Khaled Kassem tells Reuters. Kassem did not disclose which companies have expressed interest so far. Sources say that companies were required to submit their indicative proposals on Monday, and Shell will then create a short-list of potential buyers to advance to the next stage of the process. Shell is looking to close the sale, which could net as much as $1 billion for the company, by the end of the year.

The company announced in October 2019 that it will begin divesting from its onshore assets and instead focus on growing offshore exploration operations and its Cypriot gas liquefaction project — which would see it importing natural gas from Cyprus and liquefying it at Idku. In the meantime, Shell is focused on West Delta exploration and has plans to start drilling the Rashid concession in the Mediterranean, Kassem tells Reuters.