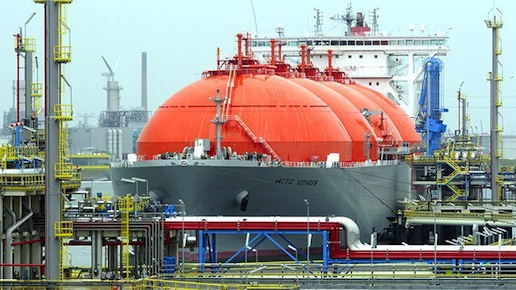 Supply from Burullus fields gradually being increased to 250m feet of gas.
The Dutch oil company Shell has exported three liquefied gas shipments to international markets through its Idku plant for liquefaction since September, after it obtained 200m cubic feet of gas per day from production at the Burullus fields.

Shell agreed with the Ministry of Petroleum on gradually increasing quantities specified for export to 250m cubic feet per day, to achieve a return that will help the company to repay loans due in installments.

The source added that the Ministry of Petroleum targets to operate Idku plant at full capacity in order to export liquefied gas shipments to international markets by fiscal year 2020/2021.

The contractual share of Idku plant registered 1.13bn cubic feet of gas per day, while the pumping rates declined since 2011 until 2015.

The Egyptian General Petroleum Corporation (EGPC) repaid $480m of Idku’s outstanding installments to the bank before stopping operations at full capacity in 2012—thus, the foreign partner resorted to international arbitration against Egypt.

The source said Idku plant repays banks in installments at roughly $200m annually, out of a loan worth $2bn obtained by the company to implement liquefaction units.

He added that the factory is required to export 22 shipment of liquefied gas annually, in order to achieve self-sufficiency between its revenues and expenditures.

The source pointed out that the government is planning to allow Idku plant to import liquefied gas from Cyprus to rerun it at full capacity in order to achieve economic returns for the state and foreign partners by 2020.

The plant is designed to function for a period of 340 days a year; production will be suspended for a month for the maintenance of units. Maintenance costs are estimated at $20m annually.