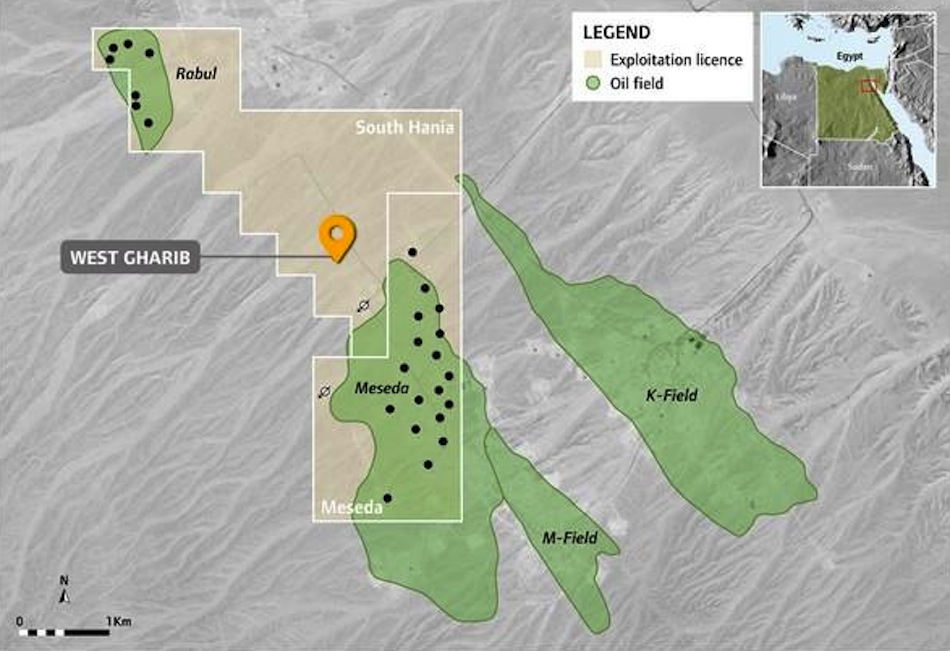 AIM-listed SDX Energy, the MENA-focused energy company, has announced the commencement of oil production at the MSD-25 infill development well on the Meseda field in its West Gharib concession, Egypt (SDX: 50% working interest). MSD-25, which encountered the primary top Asl Formation reservoir at 4,109ft MD (3,361ft TVDSS) and reached 4,385ft TD on 22 February 2022, after drilling through 84.8ft of good-quality, net oil pay sandstone with an average porosity of 26.1%. The well has now been successfully perforated, tied-in to the existing facilities, and flow tested. It is expected that, post-clean up, the well will achieve a stabilised gross production rate of c.300bbl/d which is in line with pre-drill estimates.

MSD-25 is the second well in a fully funded, up to 13-well development campaign at the Meseda and Rabul oil fields in the West Gharib concession, Egyptian Eastern Desert. The development drilling campaign is aiming to grow gross production to c.3,500 – 4,000bbl/d by early 2023.

The rig is now in the process of moving to the next well in the campaign, MSD-20, with spud expected in the next two to three weeks. In order to take advantage of the high oil price, a second rig will also begin operations to drill the MSD-24 well and accelerate the development plan, with a spud date planned for mid-April.  SDX and its partner will continue to assess the performance of the rigs over the coming months to determine how long both rigs will remain operational on the concession.

‘We are pleased to get MSD-25 quickly and successfully connected to our infrastructure. The well is now producing and, when it has fully cleaned-up, we expect it to contribute c.300bbl/d of gross oil production. Our 13-well development campaign at West Gharib, which we are now accelerating with the contracting of a second rig, provides a low-cost, highly beneficial exposure to the oil price which has generated a netback of US$35/bbl at US$68/bbl Brent in the first nine months of 2021. MSD-25 and the rest of the planned wells are expected to significantly boost the production and cashflow from these fields in the coming months and I look forward to updating the market further as the campaign progresses.’