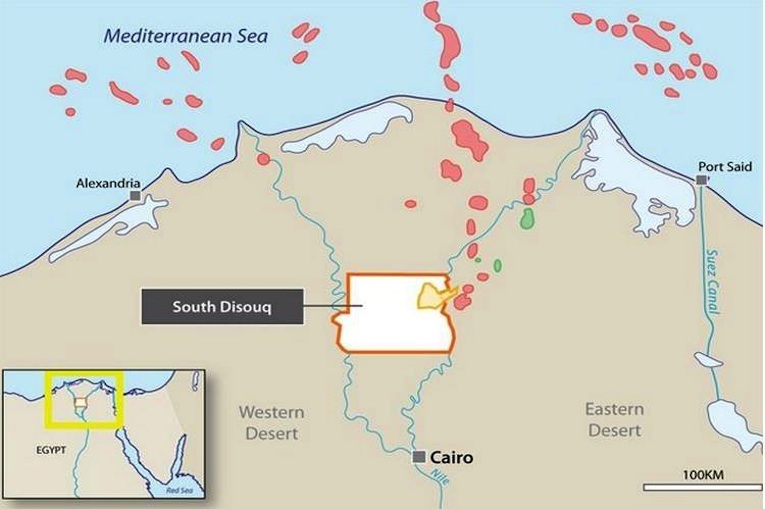 SDX hits gas in Egypt – South Disouq appraisal to be converted to producer by end of year.

SDX Energy Inc., the North Africa focused oil and gas company, is pleased to announce that a gas discovery has been made at its SD-4X well in the South Disouq Concession, Egypt (SDX 55% working interest and operator).

The SD-4X well was drilled to a total depth of 7806 feet and encountered 89 feet of net conventional natural gas pay in the Abu Madi horizon, which had an average porosity in the pay section of 24%. The well came in on prognosis with a reservoir section of similar quality but thicker than the original SD-1X discovery well.

The well will be completed as a producer in the Abu Madi and then tested after the drilling rig has moved off location. The testing is anticipated to commence between 30 and 45 days after the rig departs, depending on the availability of testing equipment. Assuming a successful test, it is anticipated that the well will be connected to the infrastructure located adjacent to the original SD-1X discovery, where production start-up is anticipated late in the 4th quarter of 2018. After completion, the rig will move to the SD-3X well which is the second of two appraisal locations included in the 2018 development program.

“We are extremely encouraged by today’s result at South Disouq. We had anticipated a thickening of the pay section as we moved away from the crest of the structure, and this has now been confirmed. We will now accelerate our development activity in the area. It’s our intent to establish production from both the South Disouq and Ibn Yunus areas before year end 2018. These results demonstrate the significant potential we see in this area.

“Overall we are very pleased with our recent drilling activity. In Morocco we had seven successful results from our nine well program and in Egypt we have had three successes out of the four wells drilled to date with one well to go. I am looking forward to updating our shareholders on the well test results of the SD- 4X, the spud of SD-3X and the progress we are making on our development activity in South Disouq along with our plans to retest the LMS-1 in Morocco in due course.”