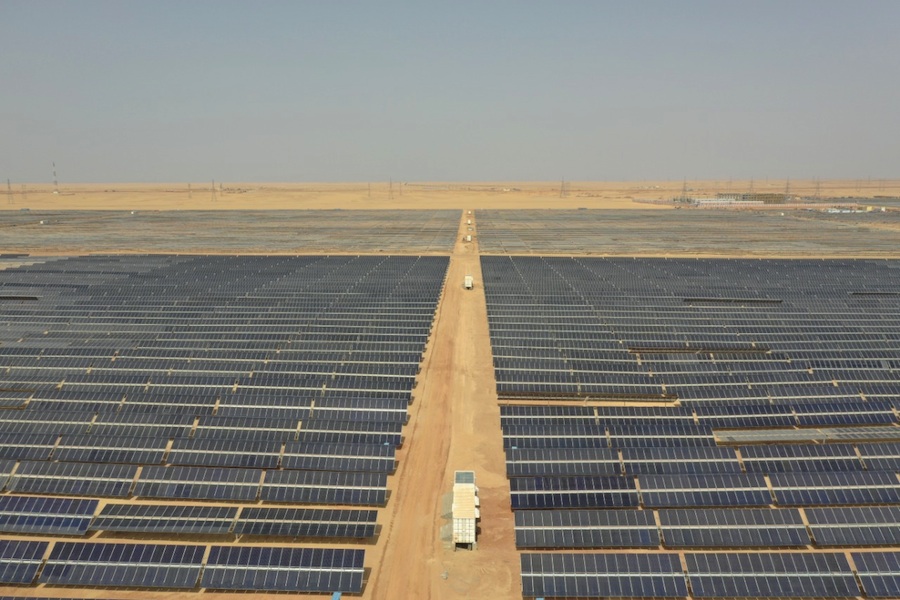 Scatec Solar and partners have grid connected the last of the six 65 MW solar power plants in Egypt. This marks the completion of the 390 MW Benban solar project located near Aswan in Upper Egypt. The project is part of the 1.8 GW Benban solar park – one of the world’s biggest solar parks where Scatec Solar is the largest developer.

“We have been a pioneer in Egypt since 2013 and been supporting the country’s efforts to increase generation capacity and increase the share of renewables in its energy mix. I’m very proud that we have completed our largest project ever. Constructing a total of six solar plants in just over 16 months is a major achievement for everyone involved”, says Raymond Carlsen, CEO of Scatec Solar.

In April 2017, Scatec Solar and partners KLP Norfund and Africa 50 signed a 25-year Power Purchase Agreement with the Government of Egypt for delivery of electricity from six solar plants, totaling 390 MW. The project was both the company’s first, as well as the world’s largest solar plant to utilise bi-facial solar modules, capturing the sun from both sides of the panel to increase the clean energy generation. The estimated annual electricity production is 870 GWh, enough to provide energy for more than 420,000 households in Egypt. The solar plants will also contribute to avoid about 350,000 tons of CO2 emissions per year.