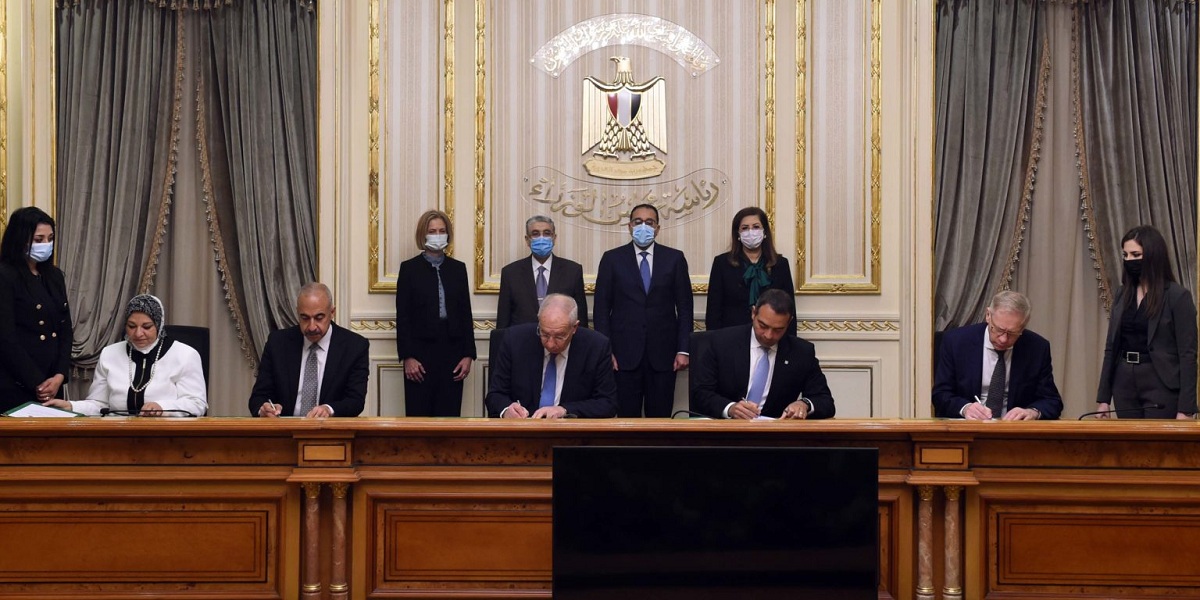 Scatec has today signed a memorandum of understanding (MOU) with the General Authority for Suez Canal Economic Zone (SCZONE), The Sovereign Fund of Egypt (TSFE), the Egyptian Electricity Transmission Company (EETC), and the New and Renewable Energy Authority (NREA), to jointly develop a green ammonia facility in Egypt with a production capacity of one million tonnes annually and with a potential for an expansion to three million tonnes annually.

The green hydrogen and ammonia facility will be located in the SCZONE in Ain Sokhna Industrial Zone and will be powered by renewable energy plants to be built in close proximity on an area of land allocated by NREA.

This is the first large-scale project for production of green ammonia in the country, which also includes the participation of the Government of Egypt and is a demonstration of the country’s pledge to maximise low carbon and green energy production. Egypt will host the United Nations Climate Change Conference, also known as COP27, in Sharm Elsheikh later this year.

Raymond Carlsen, CEO of Scatec, commented: “We are proud to partner once more with the Government of Egypt represented by SCZONE and TSFE, as well as with our long-term partners EETC and NREA, for the realisation of this exciting large-scale green ammonia project in Egypt. We believe that no effort should be spared to accelerate the energy transition, and we are thrilled to be contributing to Egypt’s aspiration to become a hub for green fuel.”

Eng. Yehia Zaki, Chairman of the General Authority for Suez Canal Economic Zone, commented: “The SCZONE welcomes the opportunity of partnering with the distinguished public and private entities joining forces for the development of this mega project, and we look forward to witnessing its execution over the coming months as a first step towards the adoption of the green ammonia technology and creation of a green fuels’ industrial hub in the SCZONE. We are ready to provide all the support needed to expedite the project’s implementation”.

Ayman Soliman, CEO of The Sovereign Fund of Egypt, commented: ”This partnership further solidifies the fund’s commitment to investing in the whole energy transition value chain in line with Egypt’s roadmap towards zero emission targets. This project is a collaborative effort between the Ministry of Electricity and Renewable Energy, the Suez Canal Economic Zone and the Sovereign Fund of Egypt to deliver an attractive investment opportunity to a global player like Scatec to develop a state of the art green ammonia facility, capitalizing on Egypt’s natural resources and well-developed infrastructure. We are thrilled to play an active role in the green transformation towards a more sustainable future.”

At a time where alternative energy is more important than ever, Scatec will leverage its expertise in renewables, project structuring and financing, as well as execution and operation to help establish a green energy hub and green corridor in Egypt.

Once developed, Scatec intends to implement the project in phases based on Scatec’s integrated business model. Long term offtake agreements will be secured to enable non-recourse project financing for the green ammonia. The green ammonia will mainly be exported to European and Asian markets, where demand for clean ammonia is increasing rapidly.