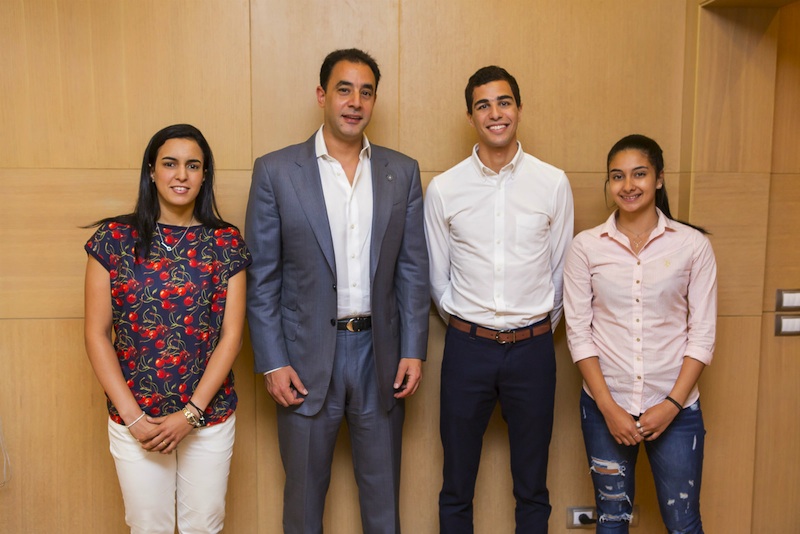 Elaraby, the 2017 World Junior Champion and winner of last month’s Professional Squash Association (PSA) Tour Irish Open, is the third athlete to join the program after husband-and-wife team Ali Farag and Nour Al Tayeb. Farag and Al Tayeb made sporting history last year as they became the first husband and wife to win the same major singles title on the same day at last year’s US Open Squash Championship.

“Our investors and business partners know that national development is at the heart of what Carbon Holdings is all about — the idea that producing feedstock for manufacturers in a unique geographical location will make us a catalyst of industrialization and of exports. We take the same approach to oursponsorship of sports programs, investing in young Egyptians who carry our nation’s flag out into the world as they rise through global sports rankings,” said Carbon Holdings Chairman and Chief Executive Officer Basil El-Baz.

Elaraby, a 17-year-old native of the coastal city of Alexandria, joined the PSA World Tour in 2016 and lifted her first PSA World Tour title on her first outing. The world junior champion is today ranked 31st globally among all female competitors.

“As the world number 31, Rowan’s victory at the Irish Squash Open was the biggest event of her young career. We are exceptionally proud to be in a position to support her going forward,” said Karim Helal, Carbon’s Managing Director of Corporate Finance and Investor Relations. “I look forward to other Egyptian business leaders joining us in sponsoring young talent across a variety of sports, arts and culture endeavours as they look to make their names on the global stage.”

Carbon Holdings was founded in 2008 by El-Baz and stands today as a leader in the development and operation of petrochemical manufacturing projects in Egypt. Its portfolio includes Oriental Petrochemicals Company (OPC), a top producer of polypropylene, and Egypt Hydrocarbon Corporation (EHC), the only producer of nitric acid and low-grade ammonium nitrate in the Middle East and Africa.

The company is presently working toward financial close on the USD 10.8 billion Tahrir Petrochemical Complex (TPC) in the Suez Canal Economic Free Zone. TPC will serve as a catalyst for national economic development and be home to the largest naphtha cracker in the world. It will make key raw materials used by manufacturers of products that make a difference in the everyday lives of people around the world.

The project, located in the heartland of the nation’s oil and gas industry, is expected to create approximately 20,000 direct and 15,000 indirect jobs during the construction phase alone. Once operational, it will employ more than 3,000 skilled workers, including both engineers and technicians.