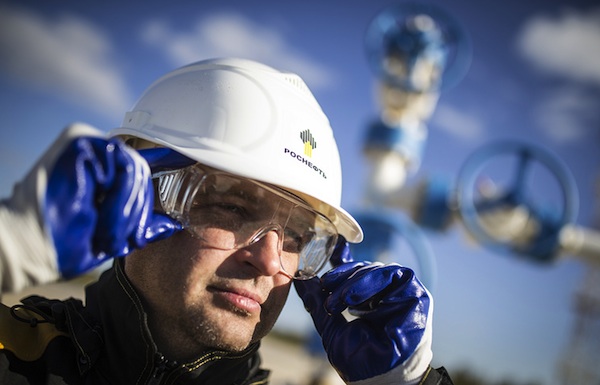 “Igor Ivanovich (Sechin, head of Rosneft – TASS) spoke about joining the strategic project Zohr, we will certainly export gas from, in particular to the European market, and to the countries of the Middle East, depending on the economic attractiveness of export options,” the source said.

According to the source, it concerns significant production volumes – “about 9 billion cubic meters of gas will be in possession of Rosneft, and this is the basic model of development, which excludes potential additional exploration.”

The source said that the field has a serious potential in terms of additional exploration.

“We will sell gas from the Zohr project when economic conditions are best for it. In this case we will act as a gas exporter from one country to another,” the source added.
The press service of Rosneft does not comment on this information.

In the end of 2017, the board of directors of Rosneft approved the purchase of a 30% stake in the project to develop the Shorouk block from Italy’s Eni.

In particular the board approved the purchase of the 30% stake in the concession agreement for the Shorouk block in Egypt, as well as the purchase of a 15% stake in the joint venture established by IEOC Production B.V. And Egyptian Natural Gas Holding Company EGAS, which is the operator of the project at the development stage.

The company plans to finalize the deal in the second quarter of 2017.

Upon completion of transactions between Rosneft, Eni and BP, the shareholder structure of the concession agreement may be as follows: Eni – 50%, Rosneft – up to 35%, BP – up to 15%. The total investment of Rosneft in the project may reach $4.5 bln in four years.