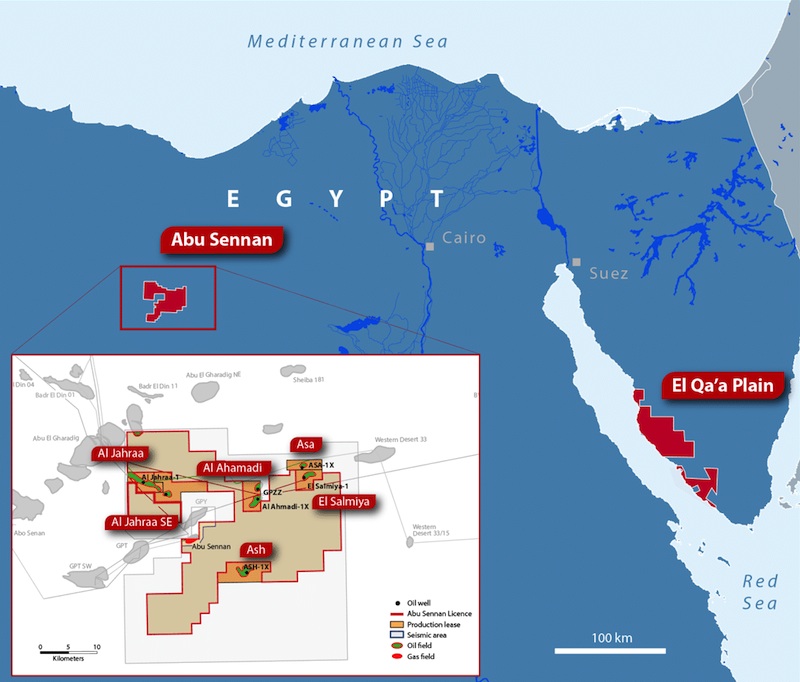 Rockhopper Exploration has provided an operational update in relation to the Abu Sennan concession, Egypt. Through Rockhopper Egypt, Rockhopper holds a 22% working interest in Abu Sennan.

The commitment well, ASH-2, was spudded on 21 October 2019, and reached total depth of 4,030m measured depth (‘MD’) in the Alam El Bueib Formation on 22 November 2019. The well was drilled as a vertical hole to appraise the Alam El Bueib reservoir  to the WSW of the existing well ASH-1ST2, which currently produces 340 barrels of oil per day (‘bopd’). Petrophysics indicate 50m of net oil pay in ASH-2. Modular formation Dynamic Tester (‘MDT’) pressure data indicates the reservoir is un-depleted, close to initial reservoir pressure. The well was completed, perforated and tested with the rig on site with encouraging results. The rig was released on 10 December 2019. The well will be tested at stabilised rates once the rig has moved off site.

This deviated development well was spudded on 4 August 2019 and reached total depth of 4,040m MD in the Kharita Formation on 2 September 2019. Operations are ongoing to complete the well as an AR-C reservoir water injector, as was the primary objective for the well. While there was indication of oil pay in the Bahariya, the interval did not flow on test.

Following a successful frac job, production from the AR-C in well AJSE-1X has increased from approx. 200 bopd to approx. 450 bopd.

Rockhopper’s disposal of Rockhopper Egypt, as announced on 23 July 2019, is subject to satisfaction of final conditions precedent, including United Oil and Gas shareholder approval and is expected to complete during January 2020.