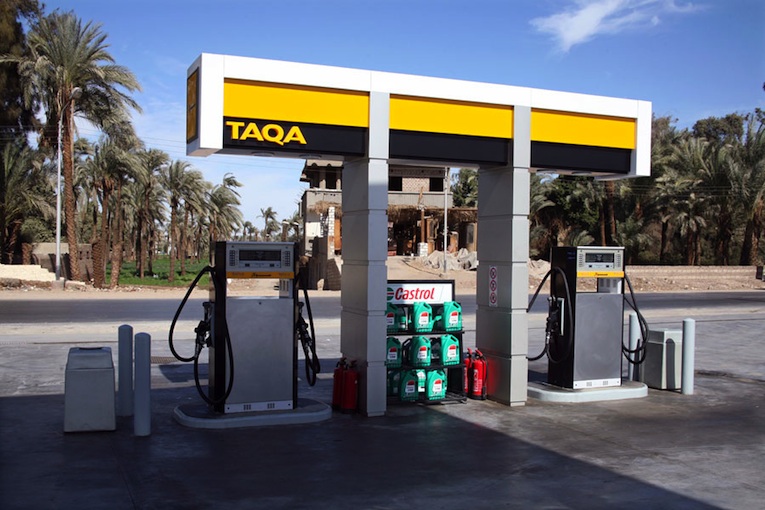 Qalaa Holdings, a leader in energy and infrastructure, released today its consolidated financial results for the year ending 31 December 2017, reporting revenues of EGP 9,282.3 million, up 22% y-o-y on the back of strong growth from its energy subsidiaries, TAQA Arabia and Tawazon, as well as ASCOM, its operational platform in the mining sector. Qalaa booked a net loss of EGP 4,714.0 million in FY2017 driven primarily by EGP 4,259.0 million in impairments booked during the year, which management expects to be the final round of significant impairments, as well as by EGP 434.1 million in losses from discontinued operations. On a quarterly basis, revenues grew by 2% y-o-y to EGP 2,489.0 million in 4Q17 while impairments and interest expenses weighed down Qalaa’s bottom-line, resulting in a net loss of EGP 1,262.9 in 4Q17.

Qalaa’s energy sector was the largest contributor to revenues in FY17 at 49% and was also the primary driver for revenue growth during the year at c.83% in absolute terms. The energy sector’s performance came on the back of strong top-line gains by TAQA Arabia and Tawazon during the year.

Revenue from the mining sector also witnessed impressive growth due to ASCOM’s increased competitiveness in the wake of the Egyptian pound’s float and the strong export positions of its subsidiaries ACCM and GlassRock.

Revenue growth for ASEC Holdings was primarily driven by a strong performance of ASEC Engineering and ASEC Cement’s Sudan-based subsidiary, Al Takamol Cement, on the back of both volume and price growth.

On a quarterly basis, however, share in associates’ results recorded an 11% y-o-y increase to EGP 13.2 million in 4Q17, as Zahana Cement recovered from the technical difficulties it witnessed throughout the first couple of quarters in 2017.

Mining, cement, and agrifoods sectors contributed the majority of absolute EBITDA growth during the year. EBITDA remained relatively flat in 4Q17 compared to 4Q16, contracting slightly by 0.1% y-o-y to EGP 142.5 million in 4Q17.

Bank interest expense increased by 49% y-o-y to EGP 995.5 million in FY17, primarily driven by the CBE’s float of the Egyptian pound in November 2016 affecting USD-denominated debt booked primarily at the Qalaa Holdings level.

Bank interest expenses arising from the USD-denominated debt on the holding level recorded a significant increase post the float to hover at EGP 80-90 million per quarter.

Major impairments during FY17 included EGP 3,245.0 million booked for Africa Railways (RVR), an EGP 359.5 million impairment of receivables from the sale of AAC and AMC (subsidiaries of United Foundries), and EGP 489 million impairment associated with the sale of MENA Homes subsidiary, Bonyan (Designopolis Mall), for which an SPA was signed in April 2018.

Management expects this to be the last round of significant impairments.

Provisions in the final quarter of the year mainly constituted EGP 115.0 million by Zahana Cement in Algeria as a penalty for not meeting specific KPIs agreed upon with the Algerian government.

Qalaa booked an FX gain of EGP 92.3 million in FY17 compared to an FX loss of EGP 2,028.1 million in FY16, with previous year losses being driven by the Egyptian pound’s float and its effect on USD-denominated debt.

Qalaa recorded a net loss after minority interest of EGP 4,714.0 million in FY17 compared to a net loss of EGP 4,141.6 million recorded in the previous year.

“Qalaa’s full-year results reflect the ongoing transformation across our portfolio companies, with several platforms gearing-up for a new growth phase,” said Qalaa Holdings Chairman and Founder Ahmed Heikal. “Solid operational performance saw us deliver a 22% increase in our top-line to EGP 9.3 billion as energy, mining, cement, and transportation plays continued to capitalize on the prevailing economic trends and turn new market dynamics into growth opportunities and into avenues to create shareholder value.”

“Our energy businesses were successful in leveraging favorable policies to their benefit, with TAQA Arabia capturing the upside of energy subsidy reform and growing its marketing, distribution, and generation businesses, while Tawazon was quick to satisfy rising demand for alternative fuels. We’re optimistic about growth prospects for both companies, where TAQA’s new venture into solar power at the Benban Solar Park is earmarked to come onstream in 1H2019, with construction already underway and financing secured. Meanwhile, Tawazon is working to double its RDF production capacity with machinery already procured and commissioning expected by early 2019.”

“We’re also pleased to announce that Qalaa has reached a restructuring agreement for the Egyptian Refining Company with all stakeholders, including lenders, co-shareholders, and contractors to ensure timely project completion.

Qalaa is currently exploring options to potentially increase its indirect ownership stake in this mega project, which will not only transform our company but is also a strategic asset for the Egyptian economy,” Heikal added.

“Thanks to a courageous reform program, Egyptian businesses are benefiting from newly found competitiveness and Qalaa’s platforms are now ideally positioned to deliver returns and capitalize on new market dynamics,” said Qalaa Holdings Co-Founder and Managing Director Hisham El-Khazindar. “In parallel to growth at our energy plays, we are extracting value from ASCOM’s strengthening position in export markets and expanding margins thanks to an EGP cost base.

To that end, we are looking to expand production capacities by 60-70% at ASCOM’s calcium carbonate operation, where the majority of output is exported, and we expect new capacities to come online by early 2020.”

“Meanwhile, rising energy costs and an anticipated round of subsidy removal on diesel fuel will increasingly favor Nile Logistics and bring to light the advantages of river transport over conventional trucking. River transport presents a lower priced and more efficient alternative for the transport of goods, and Nile Logistics is ideally positioned to capture the upside. Management is also actively building a comprehensive logistics services suite, including a new grain storage facility expected to commence operations in early 2019 and drive significant top- and bottom-line growth for Nile Logistics,” El-Khazindar added.

“These favorable developments that have validated our investment thesis and are affecting all our portfolio companies, along with ERC’s start of production which is earmarked for 2019, leave us confident that 2017 was an inflection point for Qalaa and that 2018 and beyond will witness further improvement in our financial results leading to a positive bottom-line in 2019. We also continue push forward with our portfolio restructuring strategy, whether through asset sales or initial public offerings, having exited our investment in garment manufacturer DICE through an IPO on the Egyptian Exchange, divested from ASEC Djelfa, and most recently, signed an SPA to exit Designopolis Mall through the sale of our stake in Bonyan in 2Q18,” El-Khazindar concluded.