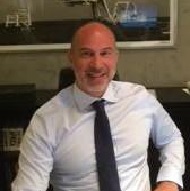 Ahead of Intergas VII – we spoke to Maurizio Coratella on Edison’s activities in Egypt and the new potential in the market. Maurizio will be joining Session 5: New Horizons for Egypt’s Gas Sector: Optimising Resource Potential on day 2. See Programme here.

‘The recent discovery of Eni (Zohr) in the deep Mediterranean offshore has re-launched the gas potential of Egypt after a few years of low exploration investments due to the difficult political situation.’

Give us an insight into Edison’s activities and achievements in Egypt to date?

Edison is present in Egypt since the mid 1990’s actively participating in the oil and gas exploration and production sector through its affiliate Edison International. Following a successful exploration campaign along with partner and operator  BG (WDDM Concession), Edison became one of the major gas players in the country with the development of the first LNG plant in Egypt located at Idku in 2001 (ELNG). In 2002 Edison decided to reduce its exposure in Egypt and sold to Petronas its interest in WDDM and share in ELNG. In 2009 Edison re-consolidated its position in the gas sector by acquiring the Abu Qir concession and further adding new exploration licenses investing to date (since 2009) more than 2b$.

The current portfolio includes 9 concessions of which 6 are operated by Edison, deploying directly and through its Joint Ventures almost 1000 people.

What do you consider to be the key opportunities and challenges in Egypt’s energy sector?

The recent discovery of Eni (Zohr) in the deep Mediterranean offshore has re-launched the gas potential of Egypt after a few years of low exploration investments due to the difficult political situation. Edison is well positioned to exploit this potential. Indeed, Egypt witnessed a period of slow down in investment in the E&P as well as in the Electricity Sectors. Egypt was facing an energy crisis with power black outs during the summer in particular as well as reduced, if not complete stop of, supplies of gas to the industrial sector. Today Egypt is considering a gradual liberalization of the gas business, thus the opportunities for an integrated player such as EDISON are increasing although payments in hard currency from the Government is still a concern.

What positive steps are being taken to revive the economy and boost investment?

Egypt is currently under way to modernize its power generation park as part of its plans targeting a 15% saving over the coming 3 years, in gas consumption by improving efficiency.

Additionally, Egypt has taken serious steps towards subsidies removal – a huge burden on the budget. Indeed, the government set a plan to remove electricity subsidies over 5 years as well as increased fuel and gas prices in 2014. This is also reflected in the 2015/16 Fiscal budget, where the government allocated around 100.3 billion EGP ($13.2 billion) for energy subsidies, 20% less compared to the previous year.

As part of these liberalization/deregulation efforts on the gas side, a shadow regulator has been established and laws are in the pipeline to allow private companies to import gas and sell it domestically as well as potentially allowing upstream companies to sell their gas to end users directly. Gas imports in form of LNG are currently underway through two FSRUs. We expect LNG imports to reach close to 6 mmtpa next year.

What message would Edison like to send to government representatives and delegates at Intergas VII?

Edison is ready to support the government in its efforts to modernize and liberalize the Egyptian Energy Sector by sharing its experience earned during the Italian Energy Market liberalization process. IOCs delegates to be engaged actively in the process.

Do you want to hear more from Maurizio? Book Online or View Programme.