Production from Shell's Rosetta gas field to cease in July 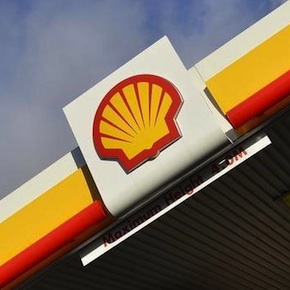 A senior source at the Egyptian Natural Gas Holding Company (EGAS) told Daily News Egypt that development of Rosetta gas field requires huge funds but lacks economic feasibility to the foreign partner based on the current price of the gas produced from there.

BP acquired the Rosetta gas treatment plant in Rashid from Shell for $128m and received the field in April, then began preparing to link production of Fayoum and Giza fields to it.

The source said that the maximum daily capacity of the Rosetta gas treatment plant is 425m cubic feet of gas, of which 420m cubic feet will come from Fayoum and Giza fields by 2019.

The source explained that Shell has reduced its investments in Burullus and Rashid concession areas for the current fiscal year to support operation and maintenance at a limit of $158.9m, down from $222m in the fiscal year of 2015/2016.

Shell allocated $22.7m for the operational costs of Rosetta field and $1.4m for field maintenance without developing the field.

He noted that production from Burullus and Rashid fields naturally declines by 10m cubic feet of gas per month.

Daily News Egypt had previously revealed that the Ministry of Petroleum owes Shell $1.3bn, for the foreign partner share of the gas produced from Rashid and Burullus fields.

The government obtains the foreign partner’s share in Burullus and Rashid gas at $50m per month; yet, the dues are not paid in time due to the foreign currency shortage in Egypt.