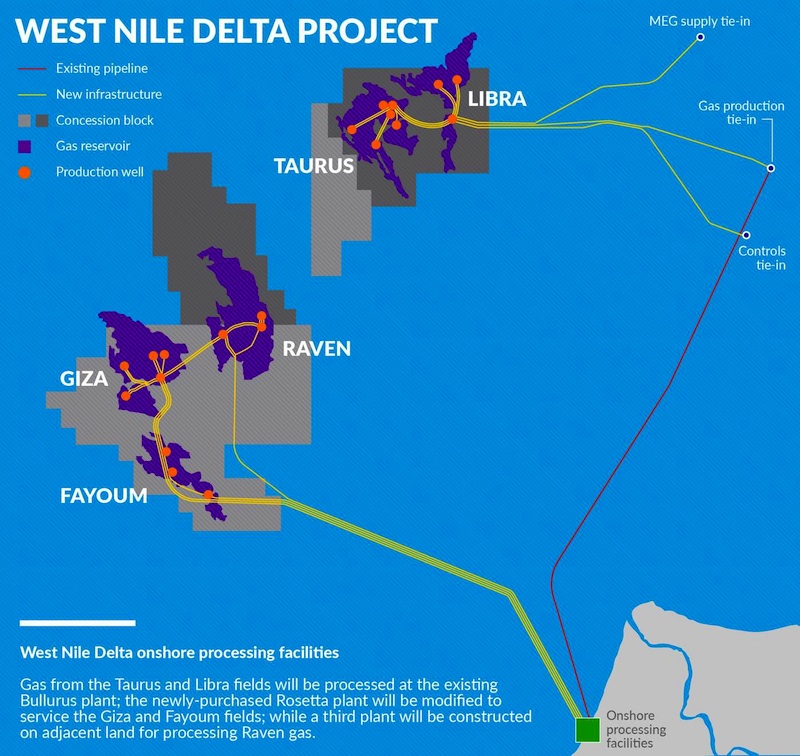 The second phase of gas production at North Alexandria and West Nile Delta fields will start next December, according to Minister of Petroleum Tarek el-Molla.

This came during Molla’s periodic meeting with the High Joint Committee of the West Nile Delta Gas Project.

The minister emphasized the importance of fully adhering to the timetables set for the implementation of the second phase to ensure starting production at these fields on schedule, adding new quantities of natural gas to raise the rates of domestic production.

The West Delta Deep Marine (WDDM) concession in the Mediterranean Sea comprises of 19 gas fields, of which 12 fields – Scarab, Saffron, Simian, Sienna, Sapphire, Serpent, Saurus, Sequoia, SimSat-P2, Sapsat-1, Sapsat-2 and Swan – are in production. The fields are located at water depths ranging from 700 to 850 meters and approximately 90 to 120 kilometers from the shore.

Egypt plans to turn into a regional hub of natural gas after the latest gas discoveries, including West Nile Delta’s Taurus and Libra fields, as well as the Atoll and Zohr gas fields.

In 2015, Eni discovered Zohr gas field, the biggest gas field in the Mediterranean, with an estimated production of 30 trillion cubic feet.

Egypt expects to attract $10 billion both this year and next year in foreign investment in its oil and gas industry, he said.