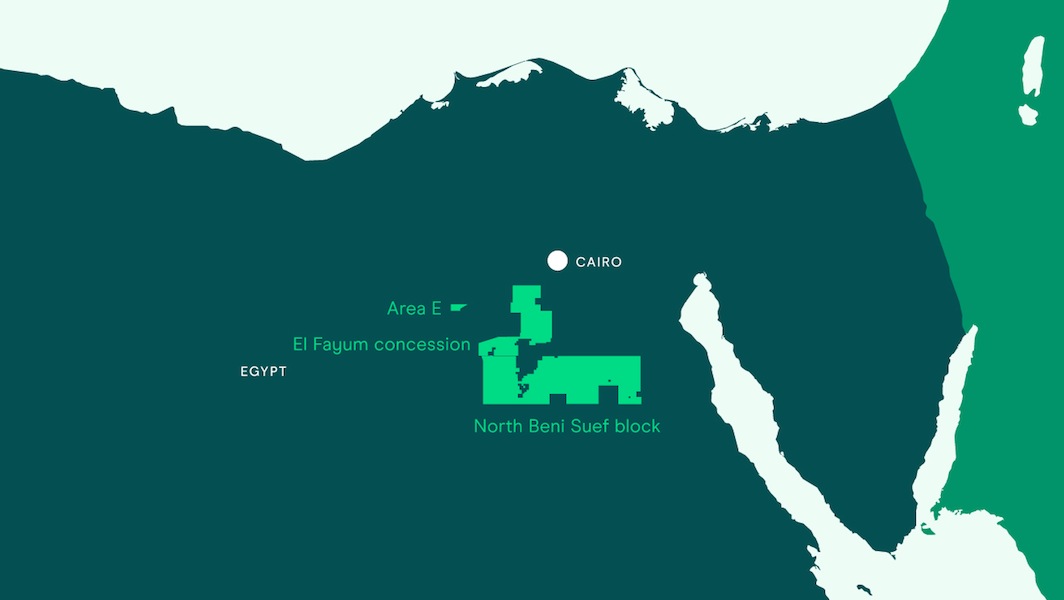 Pharos Energy has issued a trading and operations update to summarise recent operational activities and to provide trading guidance in respect of the financial year to 31 December 2019. This is in advance of the Company’s Preliminary results due to be announced on 11 March 2020. The information contained herein has not been audited and may be subject to further review and amendment.

* Egyptian revenues are given post government take including corporate taxes.

The transaction to complete the acquisition of the Egyptian assets was finalised on 2 April 2019. Production from the El Fayum concession averaged 5,055 barrels of oil per day (bopd) from 2 April to 31 December 2019. The exit rate of 6,007 bopd achieved at 31 December 2019 was short of the guided exit rate of 6,500 bopd due to operational delays. Three rigs will be running through 1Q 2020 as a catch-up for the earlier operational delays, after which the drilling programme will revert to two rigs.

There are currently three drilling rigs and three workover rigs in operation at El Fayum. Since completion of the acquisition, ten development wells and three injector wells have been drilled within the El Fayum concession.

As previously announced on 11 September 2019, oil deliveries are made directly to the Suez Oil Processing Company (SOPC) refinery, and the handling charges have been confirmed as unchanged at $2.80/bbl. Pharos will continue to evaluate off-take options as production increases, in order to optimise netback pricing of future production and to provide maximum flexibility.

Three rigs will be running through 1Q 2020, after which the drilling programme will revert to two rigs. The three drilling rigs will continue to drill a combination of production and injection wells to start new waterflood areas and increase production. The focus in 2020 is on updating subsurface static and dynamic models based on the 2019 drilling campaign. This will further optimise waterflood patterns and well spacing, in addition, we expect this to improve sweep efficiency and increase well deliverability and to maximize the probability of achieving and possibly exceeding the upper range of the production guidance.

Over 100m of core was acquired in the Al Medina 1X exploration well, which was drilled in January 2019. Special core analysis was undertaken, which confirmed high total organic content in the AR F section. Subsequent geochemical analysis has confirmed that the AR F has entered the generative oil window at this location. A future well at greater burial depths to the north, will be needed to test for oil expulsion. New exploration well activities are deferred whilst the Company focuses on the development and production of discovered resources.

On 24 December 2019, Pharos signed for the North Beni Suef (NBS) Concession Agreement, which was awarded in February 2019 during the EGPC 2018 International Bid Round. The NBS concession is located immediately south of the El Fayum concession, Pharos is the operator with 100% working interest.

The average realised oil price per barrel from Vietnam was just under $68/bbl, representing a premium to Brent of just over $4/bbl

The average realised oil price per barrel from Egypt achieved over the same period was approx. $59/bbl, representing a discount to Brent of circa $6/bbl

A full financial update will be provided in the preliminary results on 11 March 2020.

Given the wealth of the organic investment opportunity within the portfolio, the Board has set the dividend to be paid in 2020 alongside the allocation of capital to asset work programmes and budgets for the year. The Board remains committed to maximising the overall total shareholder return through a combination of annual dividend and growth, with the dividend being a key part of the disciplined approach to capital discipline. In 2020, the Company intends to pay a total dividend of 2.75 pence per share in two equal tranches, one in May and one in November. This will be put to shareholders for approval in the AGM on 20 May.