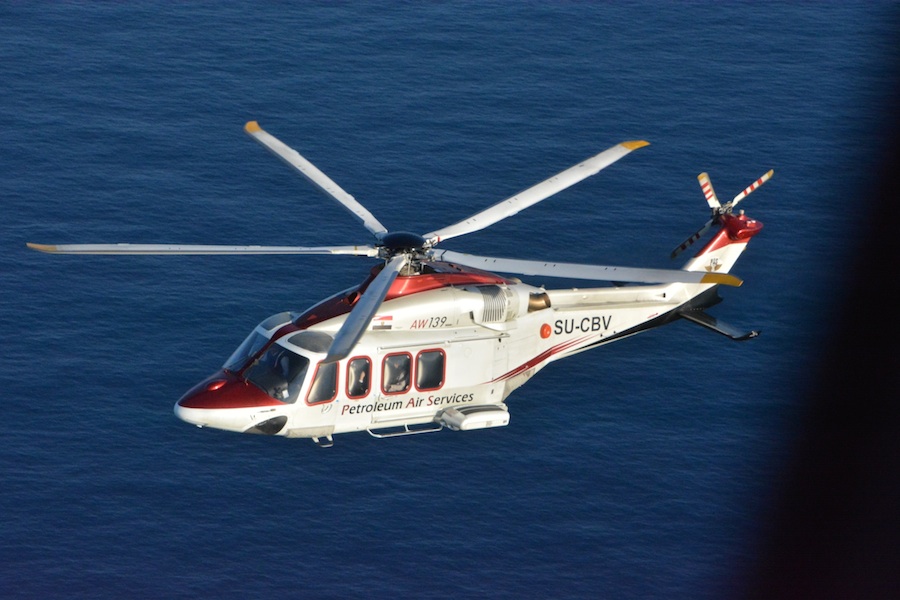 Italian helicopter supplier Leonardo has informed that Petroleum Air Services of Egypt will add a sixth AW139 intermediate twin helicopter to its fleet by year-end. The aircraft will be used to perform offshore transport operations in Egypt.

Petroleum Air Services is an Egyptian joint stock company. The shareholders are Egyptian General Petroleum Corporation and Bristow Group. The company provides air services transportation inside and outside Egypt using helicopter and fixed wing aircraft for the oil and gas sector.

Operator Petroleum Air Services has been deploying AW139 helicopters in support of the oil & gas industry in the country since 2009, Leonardo said on Monday.

According to Leonardo, the AW139 has proven a key asset for Petroleum Air Services.

With the addition of its sixth AW139, Petroleum Air Services will be able to further support expansion plans for future offshore transport activities and exploration in the Eastern area of the Mediterranean Sea.

The AW139 features a 60+ minutes run dry capable main gear box. More than 1100 AW139s have been ordered by over 280 customers in more than 70 nations to date for any kind of mission.