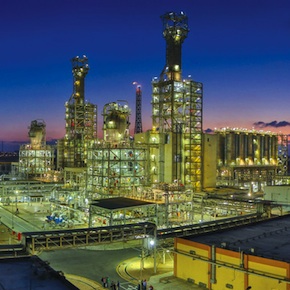 A new 150MW power plant was inaugurated at the complex of the Egyptian Ethylene and Derivatives Company (ETHYDCO) Thursday, at a cost of $98 million.

The power plant was built by the Engineering Co. for Petroleum and Process Industries (ENPPI) and the Egyptian Maintenance Company (EMC – Sun Misr), Minister of Petroleum Tarek El-Molla said during his field visit to ETHYDCO.

Another $23 million substation will be developed to feed the power needs of the project. It is expected to be finished by the first quarter of 2018, according to a statement from the Petroleum Ministry.

The expansion of the ETHYDCO complex was opened in August 2016, pushing the production to 327,000 tons of ethylene and 268,000 tons of polyethylene, used in the manufacturing of plastic, electric appliances, leather, cosmetics and home supplies.