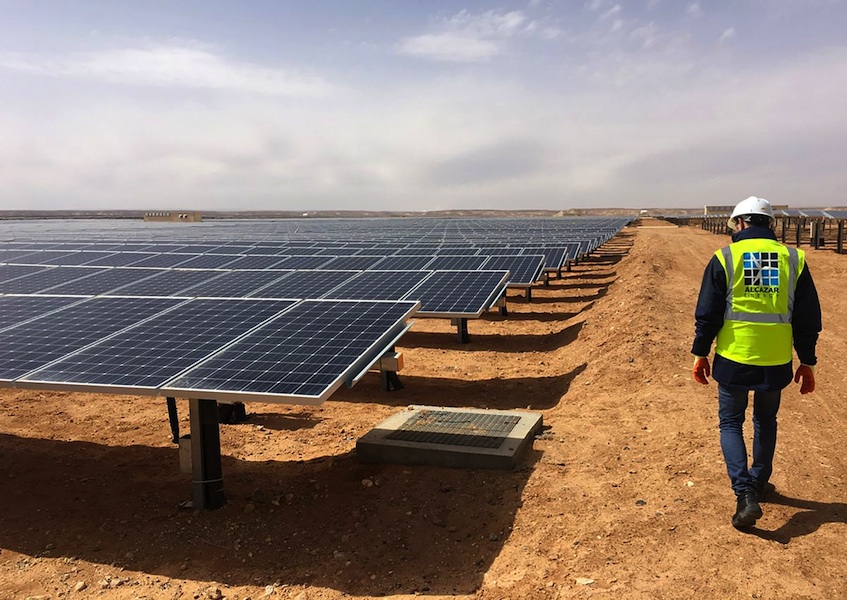 Alcazar Energy Ltd., backed by Abu Dhabi’s Mubadala Investment, is preparing the sale of some of their solar and wind assets in Egypt and Jordan, people with knowledge of the matter said.

The renewable-energy developer is in talks with banks on the sale, which may fetch at least $500 million, the people said, asking not to be identified as the information is private.

The sale is likely to draw interest from private equity firms and energy companies focused on the region, the people said. No final decisions have been made, and Alcazar could still decide to keep the assets, they said.

Representatives for Dubai-based Alcazar didn’t respond to a request for comment.

While the Middle East is home to the world’s biggest oil exporters, governments are pushing for alternate energy solutions amid growing consumption. That’s opened up opportunities for renewable-energy developers.

The United Arab Emirates plans to double its renewable energy capacity by 2030, while Saudi Arabia seeks to invest as much as $50 billion in the sector over the next six years.

Dubai’s Alcazar Energy is considering offloading its Egypt and Jordan assets in a sale that could reel in at least USD 500 million, Bloomberg reports, citing sources familiar with the matter. The renewable energy firm is currently in talks with banks over the potential transaction, which will likely receive interest from MENA-focused PE firms and energy companies, the sources said. No final decision has been made as of yet, and Alcazar could ultimately decide to scrap the plan, the business information service said.

Background: The company completed last year four solar power plants in Aswan’s Benban park with a combined production capacity of 200 MW, and was previously reported to be eyeing USD 500 mn-worth of wind projects in Egypt.