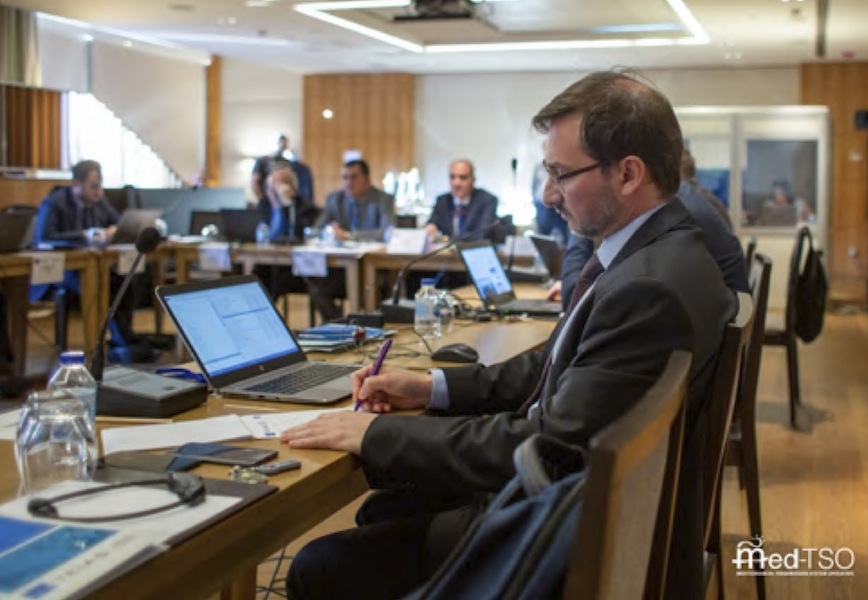 On November 27th and 28th, the Technical Committees of Planning and International Electricity Exchange met in Rome to implement Med-TSO’s ongoing Mediterranean Project 2, with the objective to promote the progressive integration and interconnection of Power Systems and the enhancement of cross-border electricity exchanges for the TSOs across the 19 Mediterranean countries that are members of the association.

On the first day of meetings between the International Electricity Exchange – who focus on tools for sharing electricity internationally through an equal exchange – the agenda was set to discuss reports of the criteria for the allocation of costs and risks concerning the grid and market integration. This would be followed by a presentation of the analysis of the survey launched on the key performance indicators of a transmission system within operations.

Mr. Aziz Ameyoud, Chairman of the TC International Electricity Exchange, interviewed during the General Assembly in Istanbul, spoke to the activities of the meetings in Rome, “This first axis of activity is a cost analysis at the interconnection level. This is a new concept for us who come from the southern Mediterranean area. The aim is to define the sharing of costs between interconnected countries, or rather to answer the question of ‘how to manage the costs of an interconnection between countries.’”

Following these actions was the approval of templates for collecting data from members within the operations activities of the same MP2 action plan, including the updated draft of the terms of reference for implementing a web platform for gathering information on cross-border interconnections.

On the second day of meetings between TC of Planning – who has among its main objectives to design, develop, maintain and operate a planning process including the identification and sharing of criteria for planning grid interconnections, the collection and integration of the National Development Plans and the identification of potential infrastructure projects operational in the short-term – the work focused on selecting the Points in Time needed to carry out the Network studies in the frame of the Mediterranean Project 2.

Mr. Modesto Gabrieli Francescato, Chairman of the TC Planning, interviewed in Latina stated, “The scope of the plan is to draw a sort of scenario and development of the grid on the Mediterranean level. In particular, my scope is to work on the network simulation to plan the transmission grid in 2030. I think the scenarios are a crucial point because the energy transmission is a reality that could be carried out in the future.”