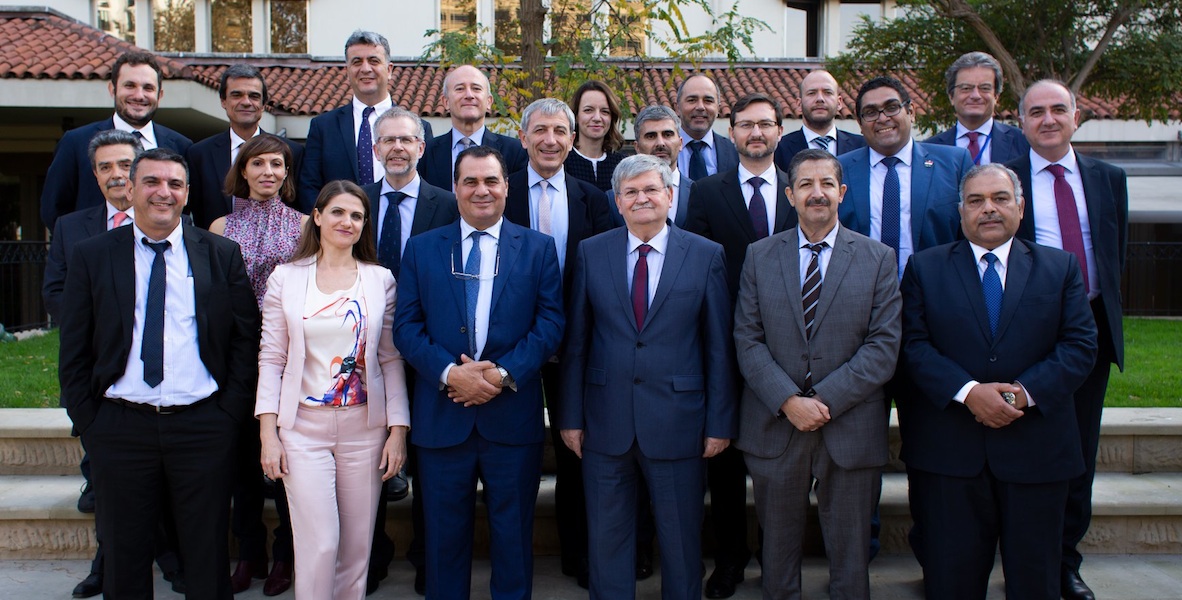 On 6-7 November 2019, Med-TSO, the Association of Mediterranean Transmission System Operators (TSO) for electricity, held its 18th General Assembly in Istanbul, welcoming 22 representatives from 13 TSOs in 12 countries. For the first time after some time, Egypt, a key player for the near future, joined the discussions.

The event was dedicated to reviewing progress made with Med-TSOs ambitious projects and goals, including the current Mediterranean Project 2 to promote the progressive integration and interconnection of Power Systems and the enhancement of cross-border electricity exchanges in the Mediterranean region.

“Med-TSO has entered a new phase in its history,” said Moncef Harrabi, President of Med-TSO and CEO of STEG Tunisia “We are increasingly perceived as a reference and dominant technical force in the Mediterranean region. The seeds we planted in 2012 are flourishing and the time has come to strengthen our roots”, he continued.

The opening day was dedicated to the Executive Board, which encapsulated the planning for the end of 2019 and for coming years, including the New EC Grant 2020-2022 and the Action Plan 2020-2025. Proposals by the Executive Board were scheduled to be presented by the entire Assembly for approval on the following day. On November 7, participants attended the General Assembly, which focused on the New Grant 2020-2022, assigned by the European Commission to develop a new project.

Hervè Laffaye, Vice-President of Med-TSO and Deputy Chief Executive Officer of RTE (France) highlighted how the Med-TSO’s projects are in line with the enlarged scope of the European Commission’s objectives on energy transition in close connection with the Paris Agreement. “Our infrastructure is a tool to make a link between the objectives of the EU and in our case, the Mediterranean. One of the issues we must tackle is the penetration of the renewables also in that part of the world.” – he asserted.

The Assembly also showcased the new Action Plan 2020-2025, adapted following the renewed interest shown by the European Commission in the Association’s technical activities.

Another important element of the agenda was the Knowledge Sharing Program. In the view of the Assembly, this activity should become one of the qualifying points of the Association’s development, allowing the transfer of core knowledge from the North to South Mediterranean area, the exchange of the best practices among all countries, and the establishment of knowledge networks in order to retain the acquired knowledge, which will be made available to all members at any given time.

The two-day event was hosted by the Turkish Electricity Transmission Corporation, Teias,. Its Head of Planning and Investment Management Department Serhat Metin, also Vice-President of Med-TSO, has declared the Corporation’s intention to continue supporting all activities for the coming years.