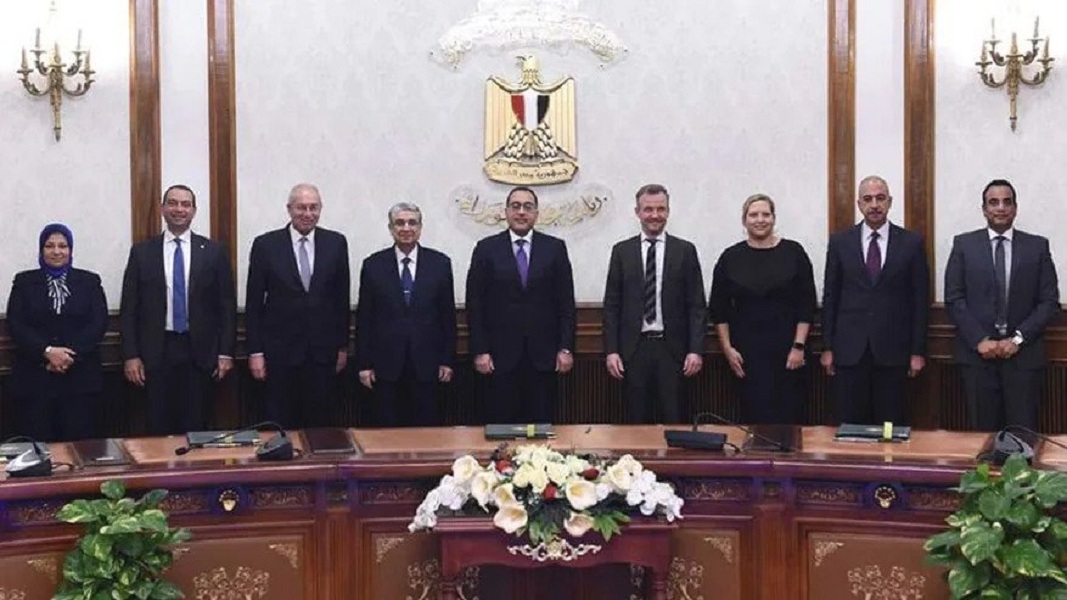 Danish shipping giant Maersk and Egyptian authorities have signed a partnership agreement to jointly explore the establishment of large-scale green fuel production in the country in the pursuit of net-zero shipping.

Following the recent fuel sourcing deals, Maersk signed a Memorandum of Understanding (MoU) with the authorities’ representative in the presence of the Egyptian Prime Minister on Monday, 28 March.

Now, the company is joining forces with the General Authority for Suez Canal Economic Zone (SCZone), the Egyptian New and Renewable Energy Authority (NREA), the Egyptian Electricity Transmission Company (EETC), and the Sovereign Fund of Egypt for Investment and Development (TSFE).

As part of the agreement, the parties will be conducting a feasibility study before the end of 2022 to examine Egypt-based hydrogen and green marine fuel production, powered by renewable energy with Maersk as a committed offtaker.

Commenting on the partnership, Henriette Hallberg Thygesen, CEO, Fleet & Strategic Brands, Maersk, said: “Egypt has excellent conditions for renewable energy production and ambitions to become a global leader in the green energy value chain. We are very excited to be able to explore options together, drawing on our more than 100 years of business relations in the country.

“The availability of green energy and fuel in sufficient quantities and at cost-competitive price levels is the single biggest challenge to the decarbonisation of global shipping. For Maersk, our recently announced strategic partnerships with six industry-leading companies are key in addressing this challenge, but to stay on the 1.5-degree pathway even more scale is needed within this decade. That is what this partnership is exploring.”

According to Ayman Soliman, CEO of The Sovereign Fund of Egypt, this partnership is an opportunity that adds a new dimension to the roadmap toward zero-emission targets and potentially expands the Suez Canal’s service offering for green bunkering.

Looking ahead, Maersk intends to explore similar opportunities in other regions with strong potential for renewable energy development, drawing on business and governmental relations to facilitate opportunities for nations and commercial players to embrace the rapid acceleration in green fuel production.

These strategic partnerships were formed to secure green fuel supply for the company’s fleet of twelve new methanol-powered vessels.

Maersk plans to source at least 730,000 tonnes/year by end of 2025 for a total of twelve 16,000 TEU boxships ordered in 2021 from South Korean shipbuilder Hyundai Heavy Industries (HHI).

The first green methanol-fueled unit is planned to be delivered to Maersk in 2024.

As described, the new series of vessels will have 20% improved energy efficiency per transported container compared to the industry average.

They will be 350 metres long, 53.5 metres wide and will look significantly different from what has been seen before for any larger container vessels, the company claims.

The methanol propulsion configuration will be developed in collaboration with makers including MAN ES, Hyundai (Himsen) and Alfa Laval which represents a significant scale-up of the technology from the previous size limit of around 2,000 TEU.

The eco-friendly newbuilds will be classed by the American Bureau of Shipping (ABS) and sail under the Danish flag.

Once fully phased in, the twelve vessels are expected to generate total annual CO2 emissions savings of 1.5 million tonnes or 4.5% of total Maersk fleet emissions.