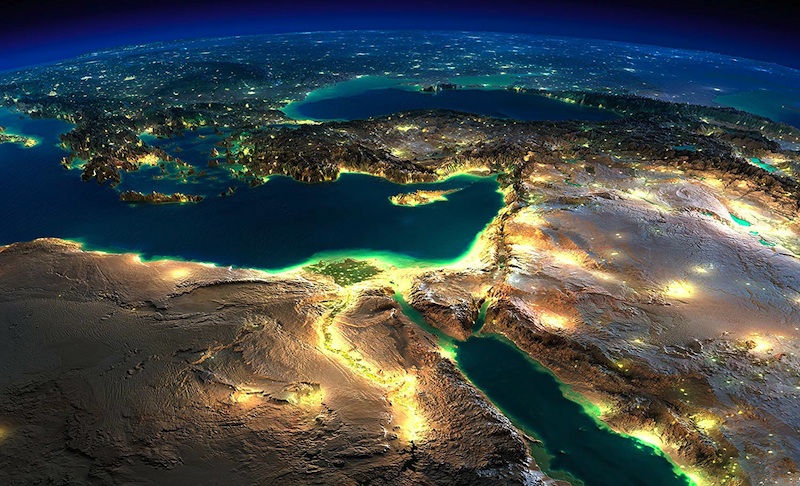 “Egypt has all the conditions needed to turn into a regional hub for energy trade. It has a very unique location among the three continents, besides its Suez Canal and internationally standardized infrastructure,” Salah Hafez, former deputy chairman of the General Authority for Oil, told Xinhua.

The Egyptian government announced on several occasions a two-phase plan to turn Egypt into an energy hub. The first will be carried out by construction of electricity networks between Egypt and its neighboring countries.

The electricity connections with Libya and Jordan have been in operation, with other networks linking Egypt with Syria and Iraq still under construction.

By the end of 2018, the electricity links with Sudan will start working. Egypt also plans to establish a sea cable for electricity connection with Greece, Cyprus, and Saudi Arabia, the spokesman of the Electricity Ministry told Xinhua.

These investments have changed the electricity production in Egypt from a shortage to a surplus in 2016 which could be used for export.

The second phase of the government’s plan aims to import natural gas from neighboring countries such as Israel and Cyprus for liquification in Egyptian fields before re-exporting it to other countries.

“The African and European needs for natural gas are large, and Egypt has the infrastructure to transfer it,” Hafez said, adding that Israel will export its gas surplus via Egypt because it lacks the infrastructure, so do Saudi Arabia and Cyrus.

Egypt and Cyprus have signed an agreement on Sept. 19 for the construction of underwater pipelines to pump natural gas from the Cypriot Aphrodite field to Egypt to be liquified before exporting it to world markets.

During his meeting with Egyptian President Abdel-Fattah al-Sisi on Sept. 25, Bulgarian Prime Minister Boyko Borissov expressed his desire to join the gas project which links Egypt, Greece and Cyprus, saying Egypt is a possible natural gas source for his country.

In February, Egyptian company Dolphinus Holdings signed a 10-year deal worth 15 billion U.S. dollars to import gas from Israel and liquify it in Egypt before exporting it to other markets.

Maher Aziz, advisor to the former Minister of Electricity, agrees with Hafez, saying Egypt’s infrastructure enables it to be a regional hub for energy trading.

He highlighted the important role of the Suez Canal, adding that the current pipelines, the gas and oil networks, and the oil refining and natural gas liquifying fields will also promote Egypt’s role in energy trade.

However, Aziz pointed to several political challenges for Egypt.

Turkey is worried about possible expansion of Egypt’s influence in the eastern Mediterranean region, which Ankara sees as a threat to its interests. Besides, financial challenges, such as insufficient funds, might hinder development, he explained.

Still, the Egyptian expert believed that Egypt could overcome all challenges, as Egypt will benefit a lot by imposing passing tariffs and easily meeting its own needs of energy.